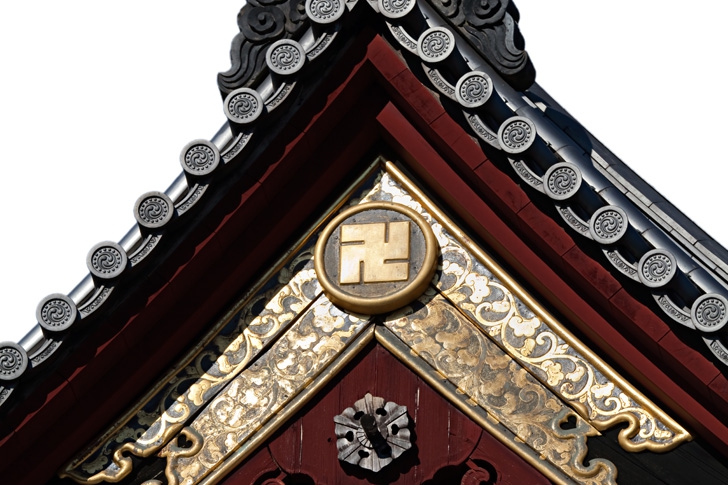 JAPANESE social media users have lambasted ‘ignorant’ foreigners and kowtowing authorities after the island nation’s tourist body decided to drop the use of the swastika and other symbols.

The move comes as Japan prepares to host the Rugby World Cup and the Olympics in the coming years and the country’s Geospatial Information Authority (GSI) conducted a survey of 1,000 people across 92 countries on the clarity of frequently used symbols.

A swastika-like symbol which indicates the proximity of a Buddhist temple was revealed to be the worst offender in the poll, with many finding it offensive. The swastika has a long history in the ancient Sanskrit language and a centuries-old connection to Japanese Buddhism, which has led to many natives decrying the move as giving in to the ignorance of tourists. Pronounced manji in Japan, the symbol has an almost sacred place in the nation’s guarded history, which explains the ferocity of the backlash.

One user pointed out the inherent embrace of ignorance in the decision by querying whether the United Kingdom would drop its own flag if a terrorist group decided to use it.

In fact the symbol itself is not an exact swastika with the legs running anti-clockwise as opposed to the clockwise direction favoured by the Nazi regime.

Other symbols, including those for churches, hotels and post offices were judged to be too confusing for the widely expected massive influx of visitors as the nation prepares to host the 2019 Rugby Finals and recovers from the aftermath of the Fukushima nuclear disaster.

Examples include the use of a giant ‘X’ symbol used to indicate a policeman, which will be replaced with a saluting officer. The intricate symbol for a post office is based on a 19th century Japanese term for communication. The hospital sign was often mistaken for a helipad, while the symbol for a hospital (aptly perhaps) resembled a graveyard according to participants in the survey.

An estimated 20 million people are expected to visit Japan in 2016 alone as last year saw the number of entrees exceeding the number of Japanese tourists abroad for the first time. With Japan also the host nation for the 2020 Olympics, the authorities are stepping up their efforts to help integrate the temporary foreign population who will likely have very little local language skills.