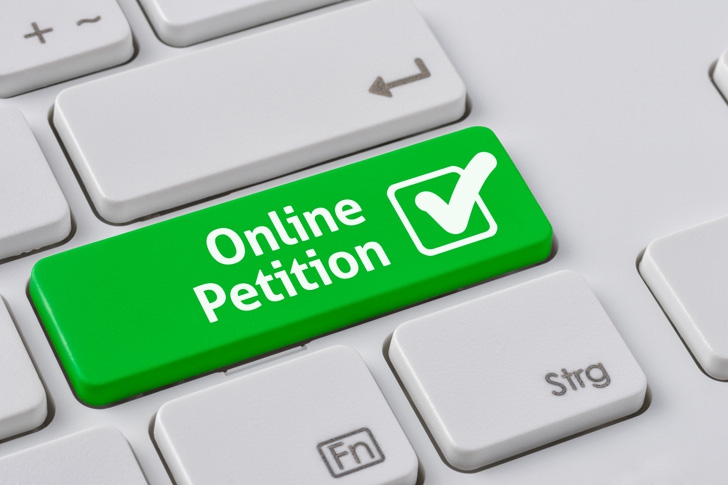 WHAT started out as a protective gesture from a Leave campaigner has been taken over by those who want to see Britain remain in the EU, as a parliamentary petition receives just fewer than four million signatures in a matter of days.

The petition itself states ‘We the undersigned call upon HM Government to implement a rule that if the remain or leave vote is less than 60 per cent based on a turnout less than 75 per cent there should be another referendum.’

The actual votes cast did not fall within the parameters detailed in the petition which has given some ray of hope to those who are still opposed to Britain leaving the Union, but these figures are of course advisory and have no basis in law or act of parliament.

The hope from the Remain side however is that if the new prime minister, whoever he or she may be, sees an overwhelming number of disillusioned voters (and the number of signatures collected is far away the greatest ever seen on a parliamentary petition) then they may be persuaded to ignore the referendum vote.

This isn’t quite as preposterous as it may appear at first sight. The referendum was advisory rather than mandatory and it is known that the majority of MPs were opposed to an exit, so it would be perfectly possible for parliament to literally set aside the referendum vote especially as the content of the petition will have to be debated in the House of Commons.

Whilst many would argue that such an action would be undemocratic, by many definitions, democracy is a method of government where decisions rest with an elected body and therefore others would argue that it would be perfectly in keeping with modern democracy for the referendum vote to be ignored.

Should any government or group of parliamentarians have the courage of their convictions and decide to follow this course, knowing that they would have enormous support from a high percentage of the population, then it would be a logical conclusion that having rejected the vote that a new election be called to see whether a pro or anti-exit government would be elected.

It would be a brave leader who would be prepared to take such action and one wonders whether there are any who are prepared to gamble their political future against what many see as being the good of the United Kingdom as opposed to its individual parts.