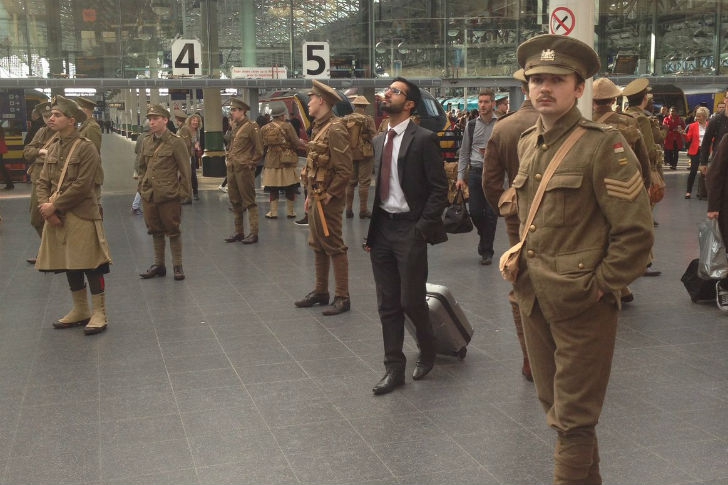 IN THE final scene of the final episode of Blackadder IV, the team of soldiers and officers who had brought so much amusement and pleasure to a viewing public were pictured in their trenches awaiting the whistles to indicate that they should emerge from relative safety to cross the muddy no-mans land that led to the German trenches.

This juxtaposition of the almost immediate death of a group of characters that the audience had grown to love whilst senior officers remained safe in cosy billets miles away is possibly one of the most touching and upsetting pieces of television realité ever screened, especially as it is so desperately based in truth.

On July 1, 1916 British and French troops commenced their attack on German positions across a 15 mile perimeter in what is now known as the Battle of the Somme, a pointless sacrifice in what was then called the ‘War to end all Wars.’

On that first day, tens of thousands of troops from both sides were killed and after a battle that lasted five months, there were more than one million dead and the Allies had gained just seven miles of French territory.

Most families can speak of grandparents or other relations who took part in World War I and in many cases, they left the UK as fresh faced innocents going on an adventure and either didn’t return or came back home mentally or physically scarred from this terrible war, whilst most didn’t even know why it was being fought.

Despite disagreements over the future of the British relationship with France over the Brexit decision, the two countries have come together now to remember those who fought and fell in the bloodiest battle of the First World War.

The Queen and the Duke of Edinburgh attended a ceremony at Westminster Abbey on the evening of Thursday June 30, the home of the Tomb of the Unknown Soldier whilst the Prince of Wales, Duke and Duchess of Cambridge as well as Prince Harry journeyed to France to represent the Royal Family and the nation at a number of vigils and ceremonies.

There was a minutes silence across the UK and many dressed in uniforms of the time to appear at railway stations across Britain to remind commuters of this dreadful anniversary.