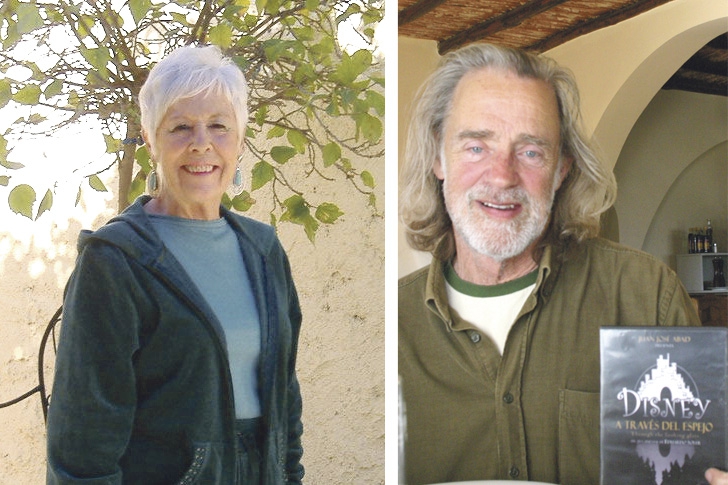 A FIERCE and snarling wind has descended upon our quiet village and upset our communal vitality and ‘bien estar.’

Two solid gold members of our community were stolen and taken away. Not distant enough that our thoughts and best memories cannot be shared again with them, but it does hurt to not have them within arms length.

Elaine Kenyon came here in 1971 fresh from Chicago. Her partner then had a dream to work and save and retire to the Mediterranean. They flew into Lisbon, bought a car and took off down the coast inspecting places to live and finally settled on Mojacar. She became my neighbour for 18 years: convivial, professional, tutor to our sons and a good baby sitter. She immersed herself in a variety of activities that ranged from putting together one of Mojacar’s first newspapers to instructing calorie burning swimming exercises in the pool.

She helped start and keep together our library. Always busy and working tirelessly behind the scenes: modest, never attention seeking. The kind of person you sought out to get her objective take on complicated issues.

Tito arrived quietly as a photographer to film the disaster of Palomares back in 1966, but soon created a parade of followers wherever he went. ‘Well-heeled’ as the English put it.

He led packs of hangers-on for drinks and lunches. He was always gracious. When he talked to you it was directly to you as if the entire world around you had melted away, and your concern was tantamount in solving the riddle.

He knew books too, but his life was ruled by a fierce sentimental karma. As a child he rode on his neighbour’s train back in California. So when it was proposed that Walt Disney was from Mojacar, all became cosmically connected. He even went so far as to do a very good and truthful documentary about the topic – proving that it wasn’t so. Nevertheless, he never gave up hope in his own errors.

His real claim to fame was putting lots of good people together in the same room with others, many of them quite famous, that were drawn to Mojacar by Tito’s personal magnetism. Here was a living ‘Golden Indalo’ ambassador to the world. We couldn’t have had a better one. His Buddhist spirituality and recent death is an incalculable loss for our modern day version of Camelot.