It’d be funny if it wasn’t so scary 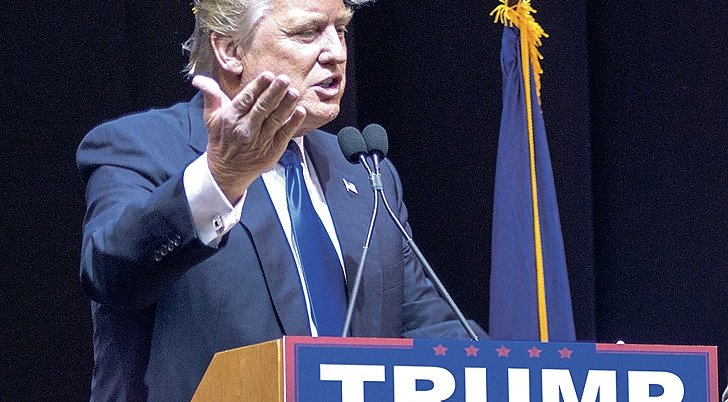 DONALD TRUMP: On the campaign trail.

AS it gets closer to the presidential elections, the Republican candidate Donald Trump appears to be going through a period of everyone except the converted conspiring against him. Within the last fortnight, his Slovenian born wife Melania was accused of plagiarising a speech from the wife of the current US president which he tried to spin and suggested the Obama camp also plagiarised him.

Then Mr Trump accused the US government of bribing Iran to release US hostages not once, but twice even though his own camp admitted after the first occurrence that this was not the case.

It is generally accepted that the sum of $400 million (€361 million) in cash which was flown to Iran was in settlement of an outstanding claim against the US for the supply of sub-standard military machinery which had been in dispute for years and was part of the general settlement between the two countries as part of their rapprochement.

In addition, Mr Trump became involved in what turned out to be an unfortunate exchange when Khzir Khan, the father of a young Muslim officer who died whilst protecting his unit in Iraq, criticised him for being unpatriotic and selfish. The initial response from Mr Trump was to suggest that the speech was written by the Democrats and that Mrs Khan had probably been instructed not to speak.

Presumably his advisors explained to him that this wasn’t the most sensible way to respond and he issued a belated statement saying “Captain Humayun Khan was a hero to our country and we should honour all who have made the ultimate sacrifice to keep our country safe.”

The presidential candidate seems to have a penchant for ‘trophy wives’ as following all American Marla Maples, he became attached to Czech born Ivana who was ‘traded in’ for model Melania although in fairness, their marriage has lasted 11 years. What is not perhaps quite so helpful is the fact that the latest Mrs Trump is being accused of being in breach of her visa terms when she arrived in the USA in either 1995 or 1996.

In theory she arrived in 1996, but reports suggest that she posed topless for photographers in 1995 when she may only have been in the USA on a visitor’s visa which meant she wasn’t allowed to work.

Despite the fact that many Trump supporters are dyed in the wool mid-western Christian WASPs (White Anglo Saxon Protestants) no-one seems too affronted by the fact that there are plenty of nude photographs of Mrs Trump in circulation but as the presidential candidate is so ‘gung-ho’ about the evil of illegal immigrants, this could turn out to be yet another problem for his campaign.