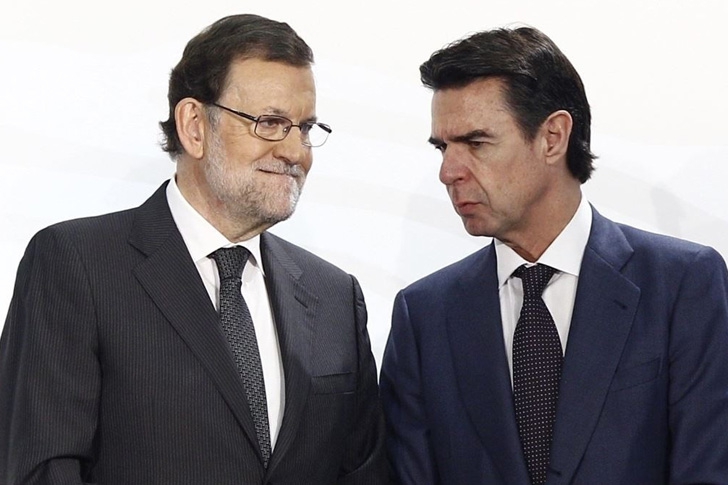 IN THE DARK: Rajoy had no involvement in choosing Soria.

NO politico will utter anything other than hot air before the regional elections in Galicia and the Basque Region on September 25.  The Partido Popular, PSOE, Ciudadanos and Podemos are marking time, waiting to see how well they do.  That’s when things on the national scene will get going, and not before.

RAJOY’S text message “Luis, stay strong,” to former PP treasurer Luis Barcenas after he was accused of enriching himself and the party with illegal funds will haunt him forever.

So will vowing undying love – “I love you Alfonso, coño I love you” – for Alfonso Rus, former commission-grabbing, contract-padding president of the PP in the Valencia region.  The c-word, incidentally, is admissible in Spain and its use obligatory for politicians.

“Rita you’re the best,” Rajoy once told Valencia’s ex-mayor Rita Barbera who, still a Senator, is under investigation for corruption, illegal party funding and money laundering.

Their alleged transgressions surprised him, Rajoy admitted, which doesn’t say much for presidential perception.   And if he suspected and said nothing, that says even less.

RAJOY, Sanchez, Rivera and Iglesias, all have first names, strings of academic letters after those names and private lives about which thankfully little is known.

Even if the country were condemned to a third election, the Spanish would fortunately not have to witness presidential candidates snogging their wives before, during or after party rallies to demonstrate how loving and lovable they are.

ACTING president Mariano Rajoy had no involvement with choosing Jose Manuel Soria as Spain’s representative to the World Bank. Blame Economy minister Luis de Guindos for keeping him in the dark and allowing him to say the appointment was entirely legal.

That’s the latest message from relieved Partido Popular after a rare occasion when internal strife produced visible fissures.  The party is extraordinarily loyal to its leaders, especially Rajoy who is indulgently loyal to his supporters.

But this time Rajoy – sorry, De Guindos – went too far allowing someone to represent Spain who was linked to the Panama Papers.  Even hardened PP grandees perceived this as a blind eye too many.

So Soria gave up his tax-free €226,000 a year at the World Bank and fell on his sword, presumably the one that stabbed De Guindos in the back.