Books accuse May of fence-sitting during Brexit campaign 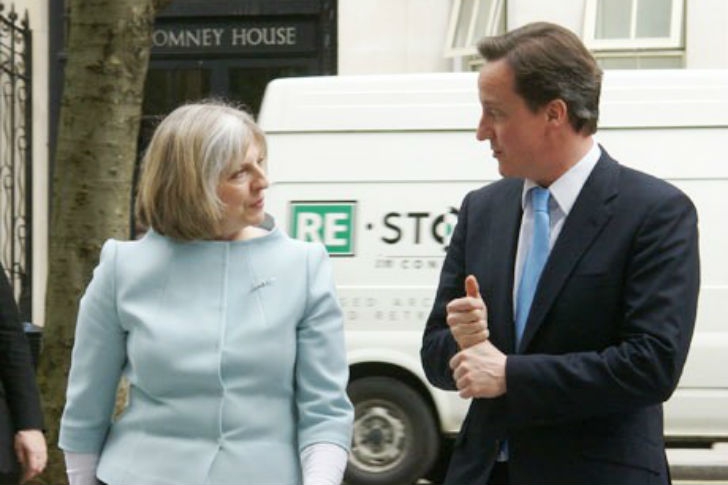 'BADLY LET DOWN': May is accused of failing to display her support for Cameron over Brexit.

BRITISH Prime Minister Theresa May is described as “lily-livered” and “an enemy agent” by David Cameron and his allies in two new books about the Brexit campaign.

Sir Craig Oliver, Cameron’s former director of communications, also claims that the ex-PM’s advisers referred to her as “Submarine May” because she repeatedly refused to surface in order to back the Remain camp.

The revelations appear in extracts from Oliver’s new book, Unleashing Demons: The Inside Story of the EU Referendum, which is being serialised in the Mail on Sunday.

Oliver describes how Cameron failed to obtain May’s support on thirteen separate occasions as he pleaded with her to “come off the fence” to support Remain, and accuses her of adopting a “sphinx-like” approach to the referendum campaign.

The book also recounts how Boris Johnson “flip-flopped” between Leave and Remain before finally siding with the former, and calls Michael Gove “a political suicide bomber” who earlier promised Cameron that he would stay loyal.

The former BBC News executive, who joined Cameron’s team in 2011 and was knighted in his controversial resignation honours list, also explains how the strategy played out to May’s benefit.

He wrote: “From her point of view, it’s a smart strategy, trying to demonstrate she is her own person, allowing her to have her cake and eat it, but it doesn’t seem fair on DC, who has treated her well. “Her sphinx-like approach is becoming difficult, with the press questioning which way she will jump. The conversation turns around this being the biggest thing the PM has faced and him not even knowing if the home secretary is backing him.”

A second book, written by Sunday Times political editor Tim Shipman and entitled All Out War: The Full Story of How Brexit Sank Britain’s Political Class, reveals how Cameron described May’s refusal to support his hardline approach to EU negotiations over immigration as “lily-livered.”

One Cameron aide is quoted as saying: “Hammond spoke first and argued we just just couldn’t do something that would receive an immediate raspberry in Europe. Theresa said very, very little, and simply said that we just couldn’t go against Merkel.”

Oliver’s book goes on to chronicle how Boris Johnson assured Cameron that Brexit would be “crushed,” sending conflicting text messages just 24 hours before he emerged in support of the Leave campaign.

“I ask DC what makes him so sure Boris is wobbling. He reads out some parts of the text, including the phrase ‘depression is setting in’, followed by a clear sense that he’s reconsidering. Neither of us is left in any doubt,” he wrote.

“I am struck by two things: Boris is genuinely in turmoil, flip-flopping within a matter of hours; and his cavalier approach.”

The next day, Cameron received another message from Johnson confirming that he would be backing Leave, just nine minutes before he held a press conference to publicly announce the decision.

Cameron, meanwhile, said that “Boris is really a ‘confused Inner’, and their previous conversations confirmed that view to him.”