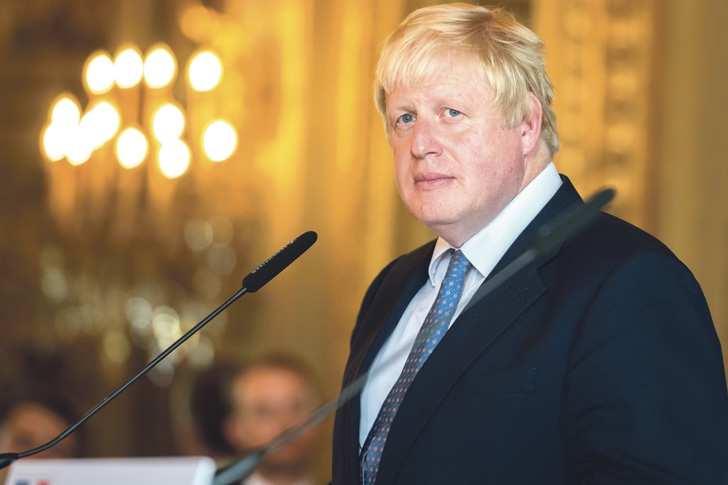 BORIS JOHNSON: Rebuked by Theresa May.

HARD Brexit or soft Brexit? Should Article 50 of the Lisbon Treaty be triggered now or later? There seems as much confusion in Britain as to its negotiating position and the timing of negotiations as there is frustration in Brussels.

On the one hand, there’s international trade secretary, Liam Fox, making the case for hard Brexit – the UK outside the EU’s single market but with full control of its borders – and David Davis, the Brexit minister, saying much the same thing, while on the other, Boris Johnson, the foreign secretary, stating that claims of an ‘automatic link’ between single market access and freedom of movement were “complete baloney.” (He was rebuked by Mrs May for urging the government to ‘get on’ with triggering Article 50).

Who envies Mrs May? Not only does she have these three alpha-male Brexiteers to keep on message but also has to come up with a negotiation package that will unify the country. One thing’s patently clear though: whatever it is, it won’t satisfy everyone. A soft Brexit won’t appease the millions who voted Leave, who expect curbs on immigration and an end to contributions to the EU budget. For them, only a hard Brexit will do.

And what about the millions who voted Remain? A soft Brexit might go towards healing some wounds, a hard Brexit would leave them raw.

Theresa May’s honeymoon period is well and truly over – a period when her predecessor was the target of much criticism – for recently it’s been her turn as the target of considerable retaliation in rushed-out memoirs by aggrieved followers of David Cameron.

But say what you will about Dave, and believe me I have, didn’t he reveal something unusual in politicians on leaving Number 10: some self-awareness? When Tony Blair left, it was all drama. When Dave left, he admitted self-effacingly: “I was the future once.”

The brutal decision to fire the ‘Cameroons’ and appoint the three Brexiteers may be the canniest move Mrs May ever made… or be the act of sowing the seeds of destruction of her premiership. Only time will tell.