An exit by hook or by crook 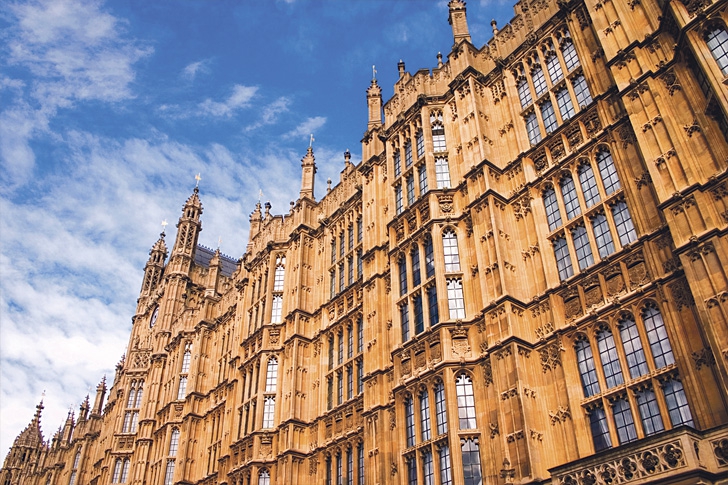 POWERS THAT BE: When do we get a say?

SO the judges have reserved their decision while they go away and think about it…but does it auger well when the Lord Chief Justice, Lord Thomas declares himself “baffled” by the government case?

Funded by a former model, a group of ‘concerned citizens’ have forced the government to at least attempt to outline its case for not consulting parliament over when to invoke Article 50.

This now famous clause will signal the start of the two year countdown to the UK’s eventual departure from the club it joined way back in 1973, then named the European Economic Community.

The ‘citizens’ claim they are being deprived of statutory rights because parliament is not taking part in a decision that will disentangle EU laws from those of the UK.

Here the government’s case gets a little hazy, since the UK is leaving the EU it is, apparently, not seeking to amend EU treaties and therefore does not require a vote from MPs.

Er, right, was probably the first thought that went through the minds of some of the judges and may also occur to the members of the Supreme Court who will surely have the last word on this when one side or the other appeals.

Attorney General Jeremy Wright told the court, “It is our case that parliament’s consent is not required.”

To get round this, Theresa May intends to use the royal prerogative, a very ancient right indeed, that to some observers smacks of ‘by hook or by crook.’

But after the two years is up, presumably MPs will then be given a say on any new treaty? It looks like they will, but in  the meantime the government has to win its case before the High Court and after that the Supreme Court.

And what if it loses and must consult parliament at both stages? That will strengthen the hand of the ‘Remainers’ but will it make any real difference to the eventual outcome…a UK outside the EU. Most people doubt it.

THE one market place that will be central to the UK’s success or failure post-Brexit will be the ‘Square Mile.’ London’s role as a financial centre has always attracted the envy of Frankfurt and Paris.

But a warning has now been sounded by the British Bankers’ Association (BBA) that a number of its members have teams working out if they should relocate and which elements of their organisations might have to do it.

The prospect would not please the UK government which knows foreign companies and governments must beat a path to its door to do business in London.

If the financial market place is denuded of some of its major players that would increase the international isolation politicians fear so much for a post-Brexit Britain.

The BBA’s Anthony Browne has revealed the fingers of some banks, large and small, “are quivering over the relocate button.”

Are the banks seeking to exert real pressure or is the threat a hollow one? They have few friends, except perhaps in the Treasury.

But Britain will need them in a post-Brexit world and the prospect of some leaving must be a threat the government will take seriously.