The perfect Halloween storm (not)! 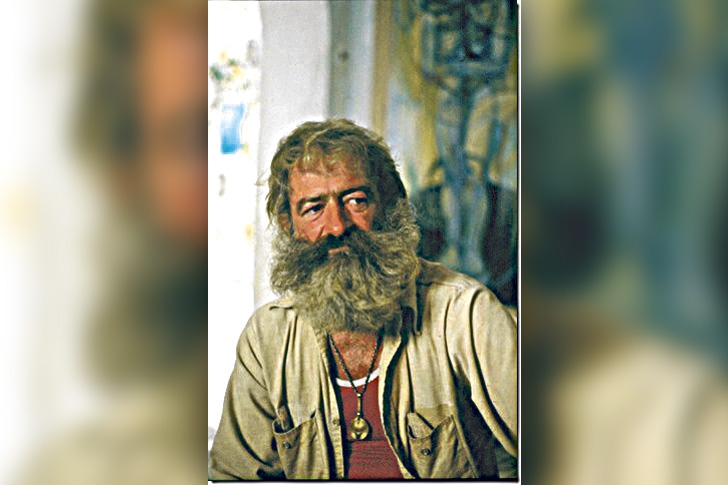 IT happened on a perfect autumn Saturday, a day not dissimilar to today with sun-filled skies and easy breezes making life as comfortable as possible. Our living standard had risen to the heights of us possessing our own home telephone. And on that fateful morning it rang.

“Speak,” I announced, the response was earth shattering. It was my neighbour Elaine, announcing she was having coffee in the plaza of Mojacar and had just heard Charley Braun and Fritz alert the public they had decided to pay a visit to the beach and then come directly to my house.

“Too late,” I had to inform her. “Since I’ve been talking to you on the phone they’ve already drunk all the bourbon and are now chugging the scotch.”

“Oh dear,” she sighed with a saddened voice. She knew I was up against it. Even though the day would become just another ordinary legendary outing for the two of them.

Now for you to understand this story in its fullest, you either need to have lived here for 40 plus  years or read about them on the internet, or at least have listened to some mythical accounts of their exploits and shenanigans.

Street bio Fritz, artist, raconteur, guidance consular. This man could laugh louder and happier than any personage that ever plodded this earth. A former Green Beret he came to Mojacar seeking life on his terms. His admirers paid great homage to him by creating a fantastic website concerning his life. Well worth the visit.

Street bio Charley, actor, stuntman, party guy. He was in lots of movies, being the stuntman for James Bond zimming across tables and down mountain slopes as evil bad guys gave chase. He was the feature star in ‘WALKER.’

Later he moved to Mexico to direct and do commercials. He is survived by his beautiful and talented daughter, who also continues in the cinematic industry, returning to Mojacar frequently to visit friends.

Well, the mid-day fiesta continued with all the main booze being knocked off straight from the bottle, fortunately my life-style then was more in the street so I had little to entertain with.

Once the wine was knocked back, Fritz began searching, I remember sitting on the couch barely able to cradle my head in my hands whereas Fritz shouted from the bathroom, “ah ha, here it is, a hair tonic with 22 per cent alcohol,” and he drank that too.

Fortunately my wife and children were shopping so missed the main melee, how could I ever explain that Attila the Hun and Genghis Khan just popped around for drinks? I therefore proposed to my visitors that we go elsewhere so I could buy drinks and lunch.

That worked, I don’t remember where we went or what we did after that for the next two days whatsoever. But, as usual people of that special unique older generation never hesitate to remind me.