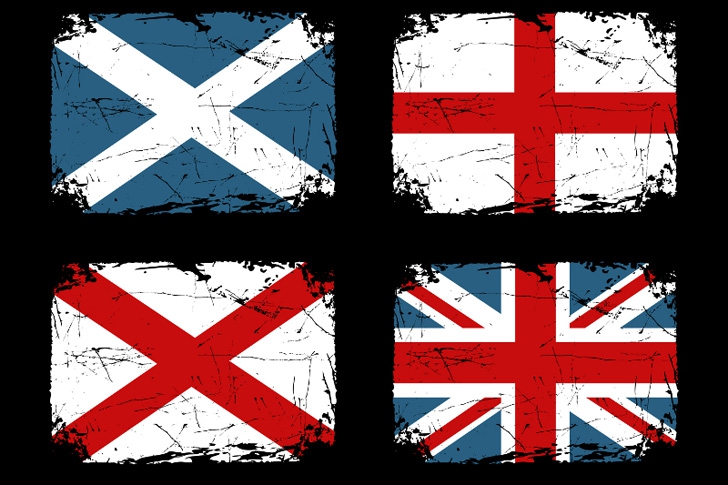 WHETHER you were for Brexit or against it, there’s little doubt that the process of actually leaving is set to present some serious headaches over the next few years.

The negotiations will be a nightmare – costly, dull, full of political point scoring at either end of the Channel, and destined to end with consequences we’ll have no way of knowing for a generation.

Scotland, Northern Ireland and Gibraltar will be furious if a ‘hard’ Brexit is pursued, while major companies are already preparing to set sail for Frankfurt.

There is, however, a simple solution which has had surprisingly little airtime.

England should just leave the UK.

It’s a win-win situation for everybody but the Welsh, who would have to make their own minds up whether to follow England out the door. Democratically, financially and practically it makes perfect sense.

Gone would be the torturous negotiations, the invocation of Article 50, the dreary doom-laden warnings of obscure German politicians and ‘Brussels bureaucrats’.

Not only Britain but all Europe would be spared the ‘running commentary’ and years of idle speculation, the millions spent on tasteless conference suites ironing out the divorce details.

The UK would remain a member state of the EU. Nothing would change for Scotland, Northern Ireland or Gibraltar, who would maintain their status and membership of the single market.

England would go its own way, instantly banished from the EU just as Scotland would have been according to campaigners against independence in 2014.

The threat from Spanish prime minister Rajoy to veto Scottish membership of the EU if it left the UK would be made redundant. It would apply to England, but it wouldn’t care.

In one fell swoop England would be shot of the EU, as per the wishes of the 53.4 per cent who voted Leave, rid of the pesky Scots, and finally have its very own parliament.

Even Wallonia has its own parliament and the English have long complained that Scottish MPs are allowed to vote on entirely English questions.

This fledgling new state could be named ‘England’ and would have every right to expel immigrants, build walls and finally figure out its national identity.

High finance would also win big. Instead of moving out of London, multinationals could set up camp in the north, while much of the present market instability would be alleviated with news of a practical compromise.

Trade would suffer slightly with England out of the single market, but that’s on course to happen anyway and Europe is making contingency plans.

The breakup of the UK courtesy of England’s departure might be a nasty affair but the mutual benefits would make negotiators see the light.

The result of the 2014 independence referendum in Scotland would be respected, as would the wishes of the 62 per cent of Scots, 55.8 per cent of Northern Irish and 99 per cent of Gibraltarians to stay in the EU.

It’s a perfect solution to a complex problem that allows all the Home Nations the freedom they deserve.