Was it suicide or murder? 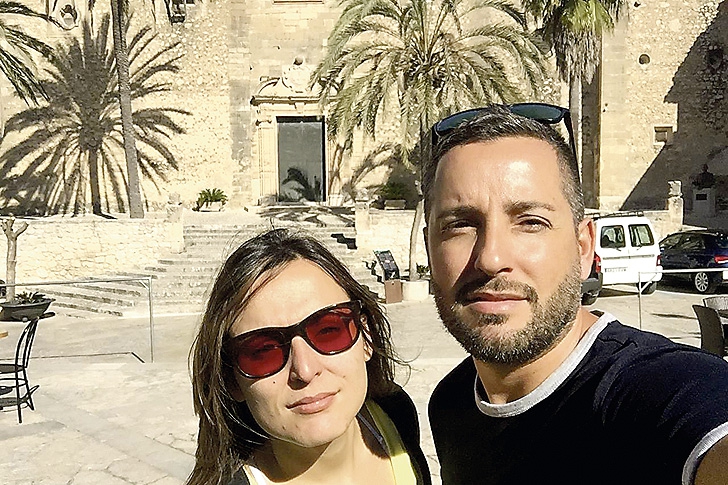 “Everything points to a suicide” ruled the Guardia Civil after the strange death of a local animal rights activist Araceli Currás.

But her family feel differently and so do the more than 20,000 people who are demanding the investigation into her death be reopened.

Known as Celia, the 55-year-old sheltered countless animals at her Montuiri finca between Palma and Manacor.

She was found face down in a pool of blood with her limbs covered with cat scratches. Tests show she had been dead three days by the time neighbours came knocking on Mother’s Day, May 1.

A post-mortem ruled she died of a drug overdose and investigators declared it an open and shut case of suicide.

But her children, Gerard and Desiree (pictured), claim to have evidence indicating that she was poisoned.

The night before her death Celia called a friend concerned about two men hanging around her 1,600 square metre farm. On April 27, the day of her death, she went to request an extension of her €400 social security, not the action her family say of someone contemplating suicide.

The clerk reported that she had a violet colour in her face and looked seriously unwell. A friend relayed how Curras called her complaining of stomach ache. She was an avid practitioner of natural medicine who was said to despise using drugs.

When her children travelled to the house to collect her things they found dead mice and cats littered across the premises. Disturbed they tidied up the mess and left.

A few days later they returned and found the entire house ransacked, with a ladder set to the balcony, door forced, mattress tossed and drawers emptied. In the back they found the dead animals, which had been set on fire.

They believe their mother was poisoned and that the murderer snuck back in to destroy the evidence by burning the animals.

It is clear that this lady, described as “courageous” by one neighbour, had enemies.

At home she kept a suitcase packed with hundreds of letters addressed to the Guardia Civil and Palma prosecutor accusing two notorious local families of trafficking cocaine.

In one letter she wrote “I have been denouncing them for years and asking for protection… but nobody listens to me.”

There is a petition on Change.org calling on the Guardia Civil to reopen the investigation with almost 21,000 signatures at the time of writing.