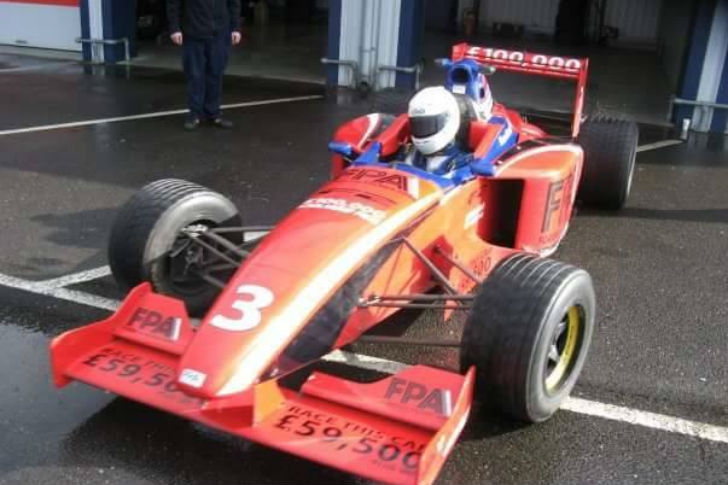 AN ADRENALINE junkie raised on the Costa del Sol has moved to the US to launch his professional racing career.

Joachim Holmstoel got his first taste of racing at the age of seven when he claimed the Danish Motocross championship in 2001, before moving to the Costa del Sol a year later.

Racing fever gripped the young boy and he was soon behind the wheel of a Go-kart and racing competitively at the age of 10.

Despite often being the youngest competitor in every category, the Dane won multiple regional, national and European races and would often finish in the top 5 of the championships he was in.

It was during one of his final campaigns in Spain at the age of 15 that Joachim attracted the attention of the English media and was subsequently invited to test drive a Formula Palmer Audi car in Bedford.

Even though he was the youngest driver to test drive the car, the 15-year-old wowed scouts and was poised to join the Formula Palmer Audi championship in 2009, until the tournament was cancelled by organisers.

After finishing his A-Levels at St. Anthony’s College in Mijas, Joachim decided to attend the University of Salford and get a degree in International Business Management as a safety net, before fully committing to his dream of becoming a professional racer.

However even while studying in the UK, he still managed to find time to race by entering the British Universities Karting Championship, winning the title in his first year after beating entrants from more than 60 other universities.

Upon completing his degree, Joachim set his sights for the US, and moved to the birthplace of NASCAR, Daytona Beach.

Speaking to the Euro Weekly News he said “I chose to go to the US because there are way more options.”

American companies are “willing to invest in different types of racing,” even at a “grassroots level.”

“Once I get in at that level, I know I’ll climb the ranks into GT3 cars and then move into Prototypes, and ultimately become the LMP1 prototype driver.”

The last hurdle for him now is getting sponsors so he can race, but Joachim is determined to break into the US scene.

Judging by his track record, it will not be long before he adds America to his long list of racing successes.

Joachim’s journey in the US is being documented on his website www.joachimamerica.com, and EWN would like to wish him the very best of luck!