Beds and laying in them comes to mind! 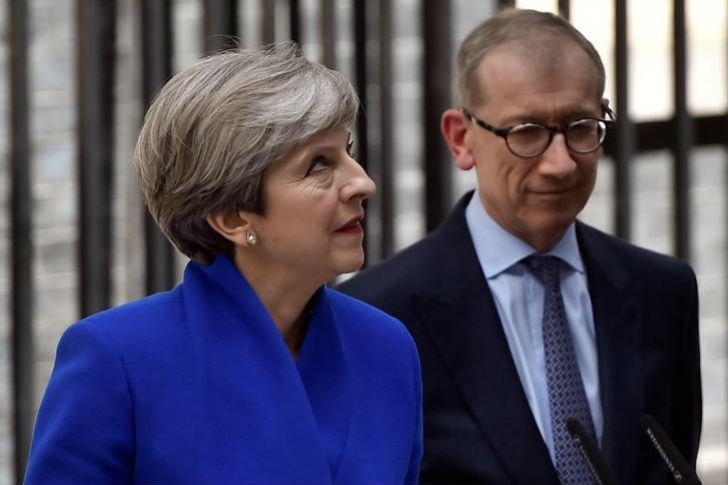 THERESA MAY: Even her post-election address outside Number Ten was atrocious.

I WOULD have loved to have been a politician.

Of course, when I was a young man, those who aspired to these lofty positions were deemed untouchables; people who came from some planet of intellectual hierarchy that was far beyond the reach of mere mortals.

Therefore very few of us who came from somewhat humbler backgrounds, ever dreamed that it may be possible to attain any sort of success in these areas.

Well, after the recent performance of Ms May and her scurrying, utterly browbeaten ‘Yes Minister’ minions, I’m now convinced that even I could have stood a good chance of occupying the portals of Number Ten!

In fact a large number of this column’s perusers would probably have a good chance as well.

The utterly naive, egotistical mis-calculation of the public’s intelligence by the May brigade simply beggars belief.

Three weeks ago I voiced my concerns about her manifesto content and method of campaigning.

Well, almost unbelievably, it actually managed to get worse.

Even her post-election address outside Number Ten was atrocious. Almost in denial of the unmitigated disaster her arrogance (or ignorance) had led her party into, she spoke as though there had actually been no election at all and nothing had changed.

Well, as strange as it may seem, I personally think that in the circumstances it was a great result.  May got her ego quite rightly kicked into touch.

The fishy Kranke from Scotland realised that screaming freedom at every opportunity doesn’t exactly endear herself to all of our north of the border friends.

Salmond has now finally sunk beneath the rivers of obscurity and, despite his young supporters fanatical attempts to make sure they had no country for their own children to grow up in, Corbyn and his Union bully boys (hopefully!) won’t be photographed grinning from the steps of Number Ten.

All in all a pretty good result and firm kick up the backside for all our so-called leaders, who most certainly don’t originate from that distant planet I mentioned, nor do they live in the non-mortal bubble they all seem to think they do.

And what a chance for this ol’ boy’s column to Phoenix itself up from the morass of baleful boredom we seem to have been sinking into of late.

Particularly with the emergence of the DUP party. This party, founded by para military supporters, is led by a woman who has been declared sexist, wants a soft Brexit and denies climate change.

It also dislikes women’s rights and is anti-abortion and gay marriage. And they are offering to be the new ‘stabilisers’ of British politics!

Well, good luck with all that Ms May. Beds and laying in them comes to mind!

Lots of fun and frolics coming up folks. Enjoy your week.

Thanks for all your votes, they don’t go unnoticed!

And whatever ya do, always.