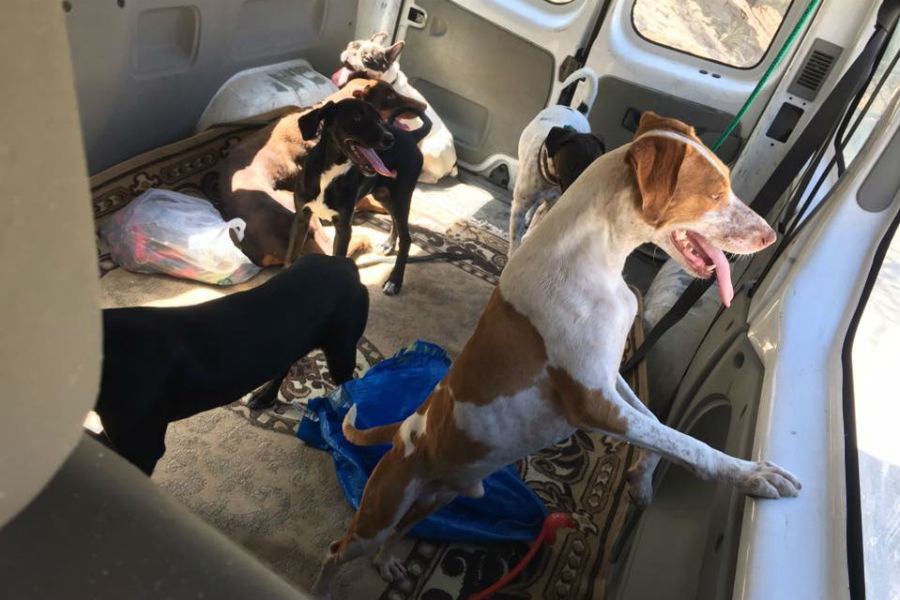 Tail Torrox, an animal charity on the Costa del Sol, has spoken exclusively to the Euro Weekly News about the large number of abandoned dogs being put down in pounds across Axarquia.

Sue Whewell, the association’s President, has said it is time the Spanish government intervened in the situation, subsidising and enforcing a neutering campaign.

Ms Whewell, who set up the shelter in 2009, explained she routinely takes in dogs from the perreras – Spanish dog pounds – to save them being put down.

She added the facilities, which receive state funding for taking dogs off the streets, make little effort to rehouse the animals unless a dog is chipped, and sometimes put animals down within days of bringing them in.

Worse still, Sue claimed that impounded dogs often show signs of disease, which mostly go untreated until they reach Tail. She alleged “in January we took in 11 puppies from the Don Animal perrera in Rincon de la Victoria. Sadly, three died due to parva virus they had contracted earlier.”

Sue commented, “if these facilities must exist, they should look after the animals they take in,” asking, “how can this happen in a country which has animal cruelty laws?”

Ultimately though, Sue accepts the perreras are fighting a losing battle, with more dogs abandoned than people willing to take them in. She believes in addition to compelling pounds to look after the animals they receive, the government should introduce a law enforcing and subsidising neutering.

She said, “in some European countries, the government has helped lower the price of neutering to €15, an affordable amount which helps stem the problem of unwanted and mistreated animals.” Sue added the problem goes beyond animal cruelty and also serves to give a negative impression to visitors.

She explained the shelter often receives abandoned dogs which have been found by tourists, shocked at seeing so many animals on the street.

Ms Whewell said Tail will now be writing to Oscar Medina, Torrox’s mayor, pointing out the potential negative impact on the town’s tourism trade, and asking for his support in her neutering campaign.

Tail has a dog shelter, which sees dogs walked and cared for by volunteers, as well as two charity shops, all in Torrox Costa.

The charity is always looking for animal-lovers to give their time, “however much or little they can do,” as well as fosterers and permanent owners.

For more information, or to help, please visit www.tailtorrox.org