Kirsty Maxwell Benidorm balcony death: Woman 'tried to clamber down side of hotel' 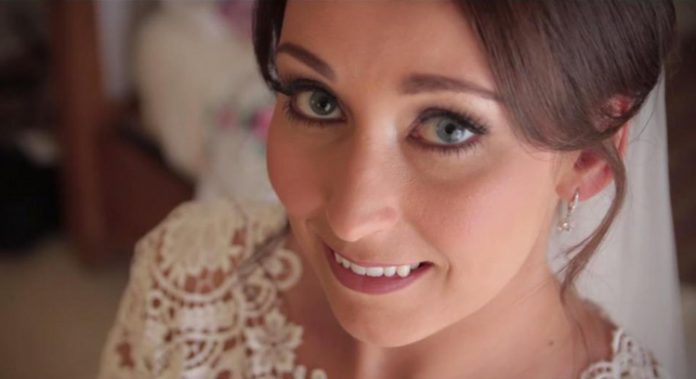 TRAGIC: Kirsty Maxwell plunged to her death from the tenth floor of the Payma Apartments in Benidorm

A NEW witness has come forward following a massive social media appeal by the family of Kirsty Maxwell, who died after she plunged from the tenth floor of the Payma Apartments in Benidorm  on 29 April.

The witness has suggested the 27-year-old Scot could have clambered down the side of the block in the Rincon de Loix area of Benidorm before letting go and plunging to her death.

Kirsty Maxwell, a newlywed from Livingston, West Lothian was on a hen party weekend with a large group of girls and had been in the resort less than 24 hours, having arrived the previous day on a flight from Edinburgh Airport.

It has emerged residents in Hotel Presidente, across from where Mrs Maxwell was staying, told police someone had been trying to get down to the next floor at the time of her death.

“He took some snapshots of what was going on and he said at that time while the police were there, there were Spanish-speaking people shouting from their balcony at the Hotel Presidente.

“These people were shouting at police while pointing to the floor where Kirsty had been in as well as also pointing down. He got the impression someone was climbing from that balcony to get to the floors below.”

“These are the people who have got something to tell us and we have not traced any Spanish people staying in the Presidente yet.”

Kirsty’s husband Adam said: “We need to get in touch with them. We do not know where they are from but it sounds like they have maybe seen something.

“They may have more information which can help us.”

Mrs Maxwell had entered a room that was being used by five men from England before her death.

Joseph Graham, was arrested by police and held for 48 hours before being released and allowed to return the UK following Mrs Maxwell’s death.

The remainder of the group Ricky Gammon, 31, Anthony Holehouse, 34, Callum Northridge, 27, and Daniel Bailey, 32, were recently called before a judge at the Palau de Justicia where they denied any involvement in the death.
Callum Northridge  said he and his friends have had their names “dragged through mud”.

In a statement he said, “This was a tragic accident and categorically deny any involvement in this unfortunate incident.

“It goes without saying that our deepest sympathy goes out to Kirsty’s family and our thoughts are with them all at this terrible time.

“We, however, have had our names dragged through the mud and used in a derogatory manner throughout this process through no fault of our own.”

Anyone with information can send an email, in confidence, to [email protected]