Small is not always beautiful 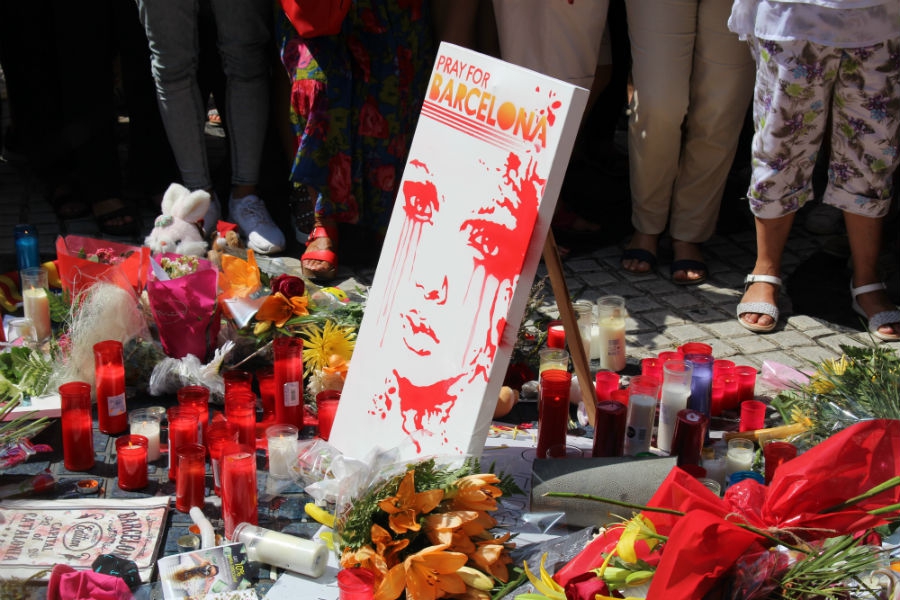 After the jihadi killings in Barcelona the party shunned Mass in the Sagrada Familia Basilica and the minute’s silence that followed because King Felipe and Mariano Rajoy were there.

CUP does not have an abundance of voters – only 336,375 of Cataluña’s total franchise of 5,510,798 – but some would have been present at the minute’s silence if not Mass.

Couldn’t Anna Gabriel and her fellow politicians have gritted their teeth as regional president Carles Puigdemont and vice-president Oriol Junqueras did by representing their party at events where respect for the dead outweighs politics?

IN the immediate aftermath of the Barcelona massacre a Mexican television presenter referred to the arrest of a “Moroccan citizen, probably from Melilla which is Spanish territory in Morocco.”

Speaking on Mexico’s El Financiero Bloomberg channel, he commented that another suspected terrorist had also been detained, “a Catalan, judging by the name Carles Puigdemont,” who “possibly” came from Barcelona or Tarragona “or some other part of Cataluña.”

The El Financiero channel later apologised profusely via the social media – where else? – for the impressively negative achievement of upsetting Cataluña, Spain and Morocco in one sentence without the excuse of a language barrier.

Wise after the event

AS happened in the first anguished hours after the Manchester and Borough Market terrorist attacks, there were calls not to politicise the Barcelona carnage.

Before the minute’s silence in the Plaza de Cataluña the following day, a woman began waving a small Spanish flag only to be told by those near her, “No flags! No flags!” Answering, “I’m Catalan” she put it away to general applause.

But once the numb horror wore off, questioning voices were heard. The ideologue who allegedly radicalised the young jihadists, the imam Abdelbaki es Satty, should have been deported after leaving prison for drugs offences in 2014.

Instead Es Satty appealed and a Spanish judge allowed him to remain, ruling that he did not threaten public order. Es Satty’s jihadi recruits, apparently off the radar, were seen near Paris on August 12, days before the attack.

Possibly there would have been more awareness of what was going on under the noses of the authorities if Carles Puigdemont and Oriol Junqueras were as interested in running the region as they are in running out of Spain.

It takes two to tango

OSCAR PUENTE, spokesman of the PSOE’s Federal Executive Committee, said not long ago that there was collective responsibility for the Venezuela crisis.

“A society does not reach this point purely because of what a government does,” he said. Agreed, it takes two to tango but it only takes one to incarcerate opponents and torture them.