Moving on up! Costa sales soar as recovery continues 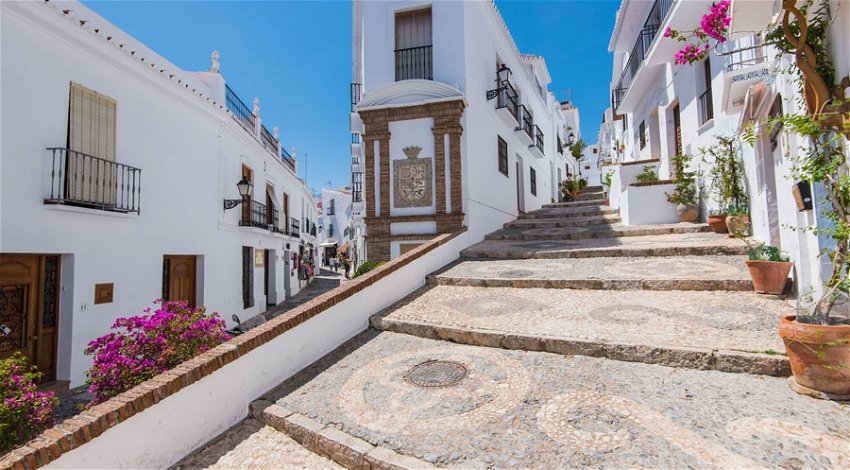 PROPERTY SALES: Malaga Province is one of the most active areas in the current Spanish housing market boom.

REAL ESTATE is once again thriving on the Costa del Sol.

The booming housing market is the reason behind a 43 per cent growth in the number of estate agents in the area since it hit a low in 2013 due to the lingering effects of the financial crisis.

Since then, 14,600 new businesses have been created in the Malaga Province and 2,900 of these are in the real estate sector.

In January 2017, the number of agencies operating in Malaga Province totalled 9,600. This gradual recovery of the housing market proves a far cry from the economic slump that saw so many estate agents forced to close down and business is now as vibrant as ever.

The figures of the Central Business Directory, published annually by the National Institute of Statistics (INE), reveal that almost 20 per cent of the new businesses opening up in Malaga Province are estate agencies.

INE data use the concept of local unit to refer to the number of companies, which includes independent agencies, those belonging to a national chain or franchise, as well as self-employed.

In the last financial year alone, 650 new estate agencies were opened in the province. Just as the global financial crisis erupted in 2008, there were more than 13,200 agencies in Malaga Province, a figure which steadily dropped to fewer than 6,750 in 2013.

The Spanish property market is now well and truly back on its feet, especially in Malaga Province where more estate agents have opened in the last four years than supermarkets, construction companies, food and beverage services, mechanics workshops as well as insurance and financial services.

This resurgence of real estate activities has provided a great employment boost to the area, with a 51 per cent increase in agency workers (salaried and self-employed).

In terms of sales in relation to population, Malaga Province places second on the national ranking. Malaga Province had 17.16 sales per thousand inhabitants, a figure only slightly surpassed by Alicante (17.37) but higher than those of Almería (13.75) and the Balearic Islands (13.25).

Malaga Province is one of the most active areas in the current Spanish housing market boom, currently enjoying a profound level of success with 28,271 recorded sales from June 2016 to June 2017, a figure 9.25 per cent higher than in the previous 12-month period according to data from the Registrar’s Association.

Experts attribute this phenomenal success to the well-maintained coast, the area’s tourist attraction and a high level of foreign demand. The bulk of the strength of the market is mainly supported by resales (in Malaga this accounts for 81.5 per cent of operations and at the national level 82 per cent) with the rest being new builds.

The valuation company Tinsa recently highlighted the Costa del Sol as one of the areas on the Spanish coastline where the housing market is recovering fastest due to the increase in purchases and prices as well as the increase of new projects.

According to the report Housing in Costa 2017, Axarquia is in a clear state of recovery compared with previous years while the areas between Marbella and Manilva as well as between Torremolinos and Mijas, have been experiencing a steady revival for some time and are now confirming signs of further improvement.

Check out our property special below for more information on the property market: