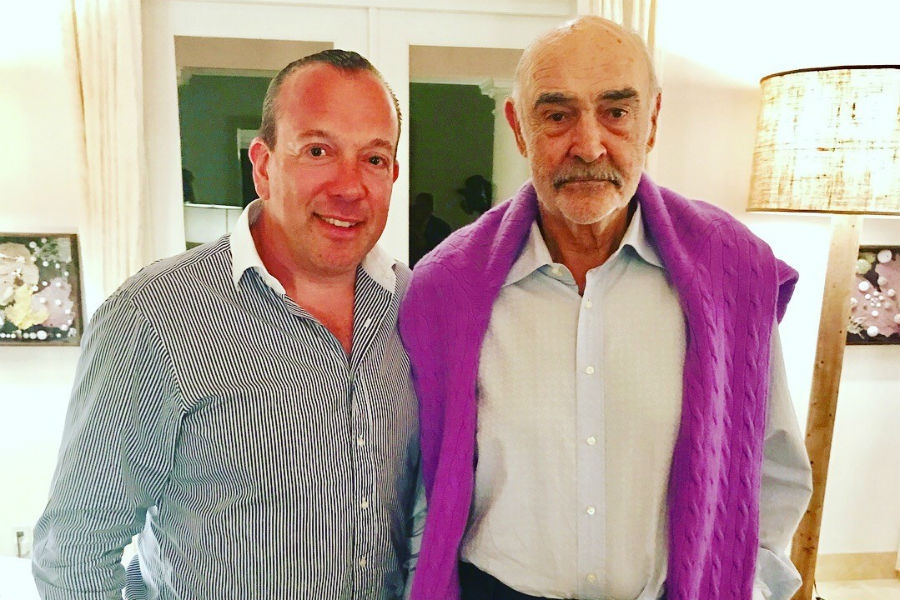 FORMER club promoter turned author, actor and producer Terry Stone is to appear at the Marbella International Film Festival for the first time.

Alongside fellow star Craig Fairbrass he will walk along the red carpet at the Teatro Goya in Puerto Banus for the premier of Rise of the Footsoldier 3 which is a prequel looking at the life of one of the Essex Boys Pat Tate played by Craig.

Terry Stone, who was involved in creating the first film as well as raising money for it as a producer, resumes his role as Tony Tucker (called Wiggy by any friends who think they are hard enough) and was excited to be reunited with all of the cast and crew from the first two movies.

“The movie is about boys from Essex spending time in Marbella as the back story of Pat Tate unwinds,” said Terry, adding “There is no question that these guys pre-date TOWIE by many years.”

All of his scenes were actually filmed in Essex so having seen so much of Marbella and the surrounding area in the completed movie he is looking forward to seeing the real thing when he attends the festival.

“It’s 10 years since the original movie and it has been great to work with all my old friends again.

“People who loved the first and second films won’t be disappointed with this prequel and if it is as successful as we hope, perhaps the next movie will concentrate on my character Tony Tuucker.”

Terry came to acting and film production quite late in life at the age of 32, having been an incredibly successful club promoter who became known as the Richard Branson of raves creating One Nation, Dreamscapes and Garage Nation.

Then called Terry Turbo, he was dedicated to making sure that audiences were safe and looked after at his raves and although he never came into contact with the Essex Boys, he did have brushes with armed gangs who were trying to muscle into his world.

After producing a best-selling book about his success King of Clubs, out of the blue, he received a call to make a cameo appearance in a film and from there he knew that he had found a new direction.

Then with a few walk on parts under his belt and appearances in Eastenders and The Bill he became involved as producer and actor in two very gritty and realistic British movies Rollin’ with the nines (which was nominated for a Bafta and won the Raindance Festival Jury prize) and Rise of the Footsoldier.

Since then he has appeared in numerous British films and formed Gateway Films, a production company with more than 20 succesful movies under its belt.

He has also just finished appearing in two other gritty crime dramas, We still die the old way (the third in the successful series) and Once upon a time in London as one of a pair of London gang bosses who paved the way for the Kray Twins.

The special showing of Rise of the Footsoldier 3 will take place at 7pm in Studio One at the Teatro Goya on Friday (October 6) with both Terry and Craig together with members of the cast and crew in attendance.

Every day and night promises a treat for the eyes with so many high quality films and documentaries either having their premiers or competing for prizes.

So important is the Marbella International Film Festival in the movie world, that actors, directors and producers from all over the world flock to the city to see and be seen.