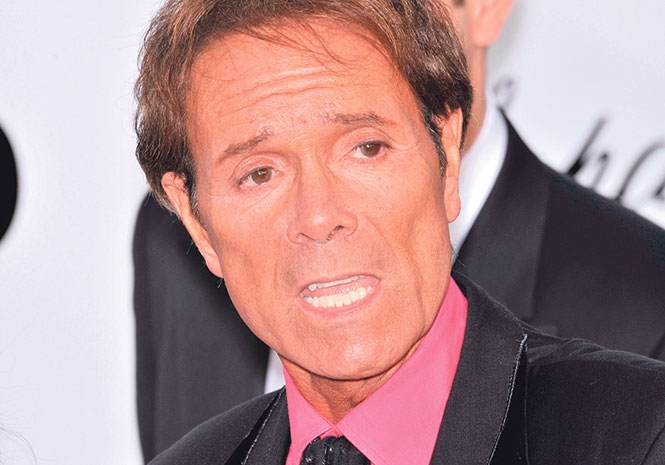 CLIFF RICHARD: ‘No smoke without fire’?

I FIRST met Cliff Richard in 1958.  At the time I was living in Finsbury Park, in the same digs as Bruce Welch and Hank Marvin, later to form the wonderful Shadows. The boys brought him to the house, introducing him as Harry and adding enthusiastically that, they were ‘going the whole way’ with their new singer.

Some years later, when I attained pop success of my own, I did on a few occasions find myself in the same hotel as Cliff and a couple of times joined him in the odd game of tennis (which he always won!).

I always found him extremely pleasant and, although there were a number of ‘gender suspicions’ around, can quite categorically state, I was never aware of any indications that he may have been paedophilic.

Witnessing this whole sorry saga of the accusations against him over the last few years I have experienced varying degrees of disbelief, doubt and often a genuine sympathy.

Seeing Cliff at this latest court hearing, I was pretty shocked at his appearance, and also moved by his admittance, that the accusations and subsequent ransacking of his home, had left him shattered and sullied and indeed fully aware that many people still retain suspicions ala the ‘no smoke without fire’ syndrome.

He has to my mind quite rightly sued the BBC, who allegedly collaborated with the police in publicly raiding and searching his home and announcing the move to the whole world with no mention or pre-warning to Cliff whatsoever.

Cliff has constantly declared his innocence of the paedophile accusations and obviously wants nothing more than to clear his name.

In my opinion, if he is to achieve this and show himself to be utterly innocent of these accusations, he has to sue the Crown Prosecution Service. Not for the somewhat innocuous and piddling amount he received in 2017 for the police collaboration with the BBC, but millions, for defamation of character, loss of earnings, mental trauma and Lord knows what else.

Only in this way will the real truth come to light and Cliff hope to be exonerated and cleared of suspicion. There are too many questions still unanswered, and this present case will settle none of them.

For example, why is it that the Elm House paedophile ring investigation, in which he was allegedly involved, appear to have been dropped altogether? Why, when he was initially suspected, did he subsequently run for the hills of Portugal and not stay in Britain, using his privileged position to protest his innocence and demand justice from the platforms of every media outlet available?

Why did he take out full Barbadian citizenship, a country with no extradition agreement with the UK? And why is so much information on the subject blacked out or ‘unavailable’ on the internet?

‘Insufficient evidence to prosecute,’ the final decision of the CPS, is not a declaration of innocence. If Cliff’s conscience is indeed totally clear, he has, for his own sake, to use every means available to answer all of these troubling questions. It’s highly likely that suing the CPS for ‘proper money’ could bring the whole sorry case fully into the open and settle it once and for all.