Hack to the future 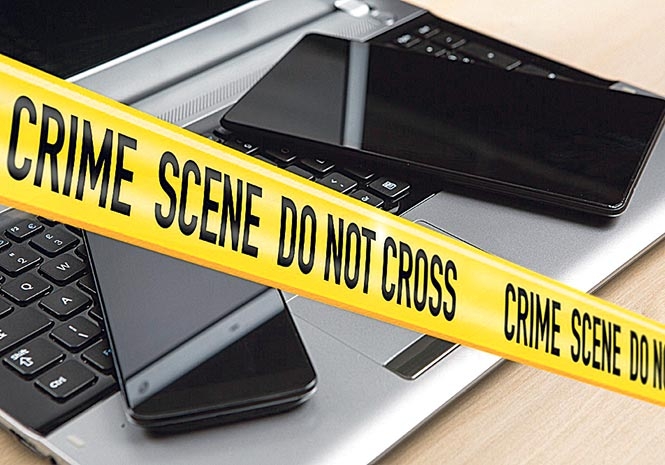 A WHILE ago my bank account was hacked. Why anyone would bother given that my balance is often lower than my IQ beats me, but that’s the way the galleta crumbles these days.

What’s more surprising is that they only wanted, and took, the equivalent of two euros.

Turns out it was a fishing expedition. According to my friendly banker (yes, there are still a few around even if they’re right up there on the most-hated list with us journalists), they were testing the waters to see whether (a) they could do it and (b) they could get away with it.

We nipped that incident together, only to find another odd transaction on my statement a few months later: a hundred euros changed into dollars. Then, presumably when the bank noticed ‘their’ mistaken transaction, it was changed back to euros. Job done, discrepancy solved, no need for any alarm bells.

Except that there was. What most users might easily forget is the difference between the buying and selling rates for foreign currency. My hundred smackers ended up back in my account as just 97, and the hackers in Prague (apparently) had done this to thousands of accounts, a nice little earner.

Ditto the supremely clever scam right back at the beginning of computerised banking, when an insider took just one cent from every account in his nationwide bank, correctly assuming no-one would bother. But the bank had several million customers, so you do the maths. Or math if you’re American.

Online banking has been one of the finer innovations of our digital age – used prudently. UK banks say they managed to catch more than 60 per cent of fraud attempts last year, but the equivalent of €800 million still found its way to the bad guys.

When my Inbox isn’t telling me I’ve won a lottery I didn’t enter, or that Nigeria’s finance minister really needs my help to move several million, I regularly get emails purporting to be from my bank (and others) asking me to update my personal details, and providing a handy link to do so.

Don’t. By all means check and update your information. But do it by going to your tried and trusted online banking site in the usual way, not by clicking an email link which may be a ‘spoof’, taking you straight to a site which may look like your bank’s but isn’t, and possible penury.

Oh and by the way: if you get an email from your bank saying some payments are outstanding – it’s not a compliment.