Owners plan a complete remodelling of the Gibraltar Cable Cars 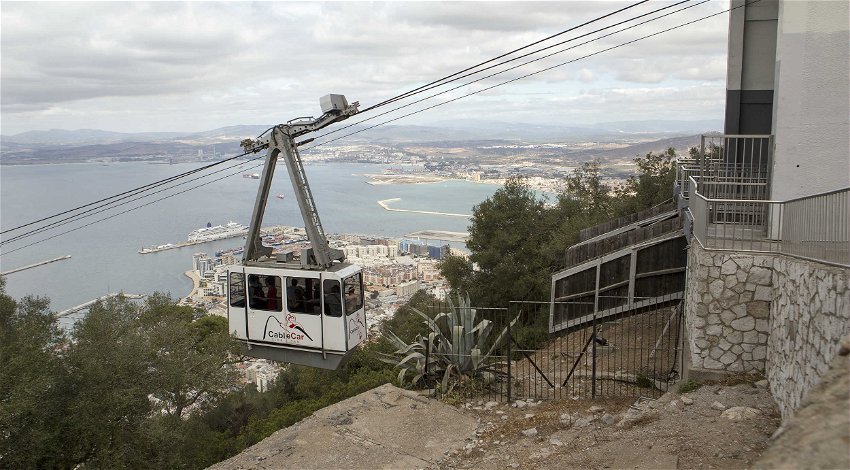 After more than 50 years of service, time for a change

APART from the Rock and the monkeys, one of the great icons of Gibraltar is the cable car which was installed in 1966.

Since then, things have changed dramatically especially with the number of tourists who visit Gibraltar, not just by land but from the ever increasing number of cruise ships.

With the two cars able to transport just 25 passengers each way, capacity is more than exceeded by the number who wish to use the cable car rather than the waiting taxis in order to ascend the Rock and for this reason and because it is now possible to introduce new larger cars which can operate in windier weather, owners MH Bland are applying for permission to rebuild.

A proposal which will see new stations both at the lower point in Grand Parade which will allow for solar panelling to produce some of the electricity needed to power the cars and on the Upper Rock is being presented.

The government already has plans in place to completely repurpose the Grand Parade Car Park but assuming that this does not go ahead, then the rebuild will see a reduction of parking spaces by 22 (a little more than five per cent of the capacity) and will no doubt see the small number of disabled spaces (there is significantly more parking for taxis than disabled people) moved elsewhere.

The entire project which will also take into consideration the needs of the environment and the macaques is yet to be considered by the planning committee but does suggest that MH Bland at least isn’t worried by the effect on visitors due to Brexit.