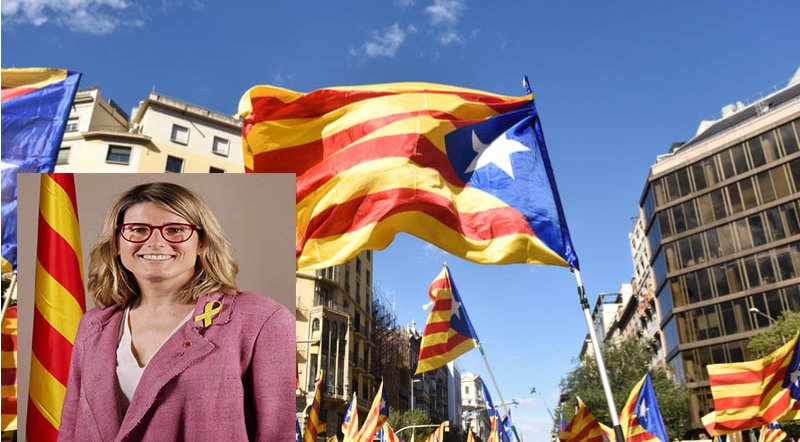 THE PP’s leader Pablo Casado and Albert Rivera, who heads Ciudadanos, will use Andalucia’s regional elections to woo the Right.
Both are wasting their time. A large proportion of the Right will vote for Pablo Casado anyway because they have never voted anything other than PP.  He should look to the voters who wanted former vice-president Soraya Saenz de Santamaria as party leader, not a young fogey.
There’s no denying that Rivera’s in a good position to scoop up votes from PP supporters attracted by his rigid stance regarding Cataluña but if he veers too far to the Right he’s going to cheese off his Centre voters.
It’s the undecided Centre who bring Spanish politicians their election victories, not the Right, as Casado and Rivera could learn to their cost on December 2.
The barest minimum
PEDRO SANCHEZ and the Podemos leader Pablo Iglesias have signed a 2019 Budget pact.
This increases new spending by €2.8 billion and amongst other things will raise the minimum wage.
Obviously the Partido Popular has to oppose this on principle but the Confederation of Business Organisations (CEOE) – Spain’s equivalent of the CBI – has warned that this could hold back increases for the rest of wage-earners.
“My heart bleeds” is what those who are paid the minimum wage are doubtless saying.
Not my bad
MARIANO RAJOY, president of the Spanish government until May 31, spoke recently about the way he was evicted from the Moncloa.
Talking to students in Quito (Ecuador) he attributed his departure to the “sad role” of the PSOE and the PNV nationalist party’s “lack of personality.”
Oh.  Right. So it had nothing to do with National High Court’s reference to the Partido Popular’s “institutional corruption” regarding funding when announcing the Gurtel case verdicts. Nothing to do with the same court’s decision that the Caja B – the PP’s slush fund of black money – did exist. Nothing to do with Rajoy’s unconvincing testimony during the Gurtel trial which, according to the judges, put his credibility in doubt. Nothing to do with all those allegedly corrupt ex-ministers, remanded ex-ministers and sentenced ex-ministers. Nothing to do with Gurtel, Gurtel and more Gurtel.
Gurtel?  Nothing to do with him.  Because as always, it was everybody else’s bad, never Mariano Rajoy’s.

Yellow ribbon, black mark
ELSA ARTADI, Minister of the Presidency and spokeswoman of Cataluña’s regional government, could be in trouble.
An independent who is said to be spending too much time in Madrid, that’s one black mark against her name already.
Like all Catalan pro-independence politicians she wears a yellow ribbon to demonstrate her solidarity with the remanded or self-exiled members of the previous regional government.
Now rumour has it that she does not wear her ribbon all the time.  “She only puts it on for press conference and public functions,” a tell-tale reveals.  “She takes it off whenever she can because she says it spoils her clothes.”
Reassuring to know that at least there’s one separatist with a minimum of common sense