Spanish as she is spoke 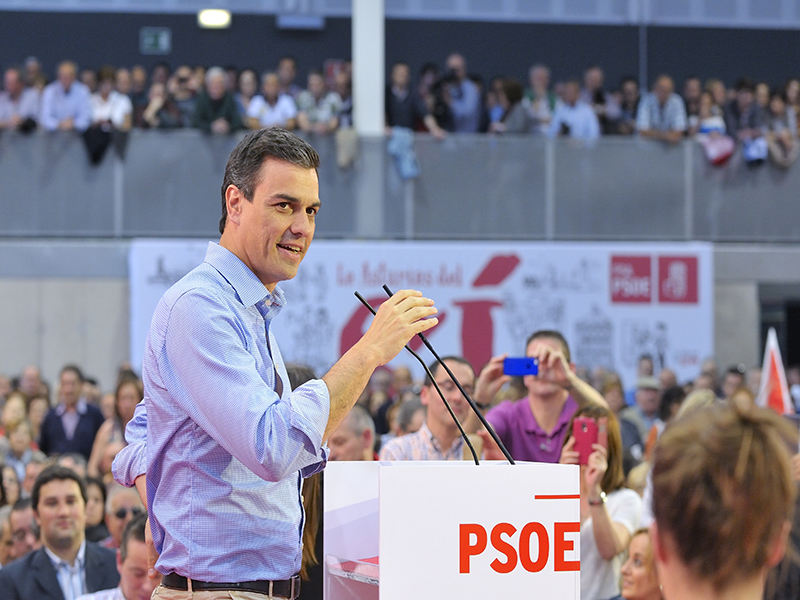 PEDRO SANCHEZ: Prepared for the regional elections in May. Source: Shutterstock

MONICA OLTRA, vice-president of the Valencian Community’s regional government, was in good company when a security guard at the Fitur tourism trade fair reproved her for speaking Valenciano.

When the first Borgia pope, Callixtus III, arrived in Rome in 1455, there were grumbles in the corridors of Vatican power that more Valenciano was heard there than Latin.

Still, the Italians have much to thank the Xativa-born Borja clan for: they also took Valencian coca with them to Rome, thus giving them the pizza.

AS in the UK, there is still coal in Spain’s mines but it cannot compete pricewise with imports from Poland or Colombia.

Thatcher apart, it is incomprehensible that any government or society could begrudge the money that miners earn although they deserve every cent and penny of it.

Despite the government’s efforts to keep Spain’s mines open the last recently closed in Leon, not long before the day when members of the Hunosa Rescue Brigade reached the body of two-year-old Julen.

Notwithstanding the advanced technology that was used to locate Julen, in the end eight men – miners and engineers–had to take it in turns to break through the rock to reach him.

Ironically, those eight men are now out of jobs and although they have been applauded for their vital role in the Totalan rescue, how many have given a moment’s thought to the closed mines in Leon, Asturias and Teruel?

THEY’RE at it again. It has been suggested that instead of referring to Los Reyes when referring to Felipe VI and his consort Letizia, it would be less sexist to refer to El Rey y La Reina.

So what’s wrong with Los monarcas? Talk about gender-neutral: we’ve got the masculine los and the feminine-looking monarcas with a little bit of everything to keep everyone happy.

THE ex-members of Cataluña’s regional government who declared the Unilateral Declaration of Independence on October 27 in 2017 aren’t being tried for defending their rights, as the separatists claim.

On the contrary, it’s maintained that they were wresting them away from the 50 per cent of Catalans who do not want independence.

All of which is true, but the argument would look infinitely more convincing if they were tried for infringing the Constitution and not rebellion and sedition.

Spain might be a democracy but the judiciary’s vocabulary belongs to the Dark Ages.

CIUDADANOS leader Albert Rivera has a “visceral dislike” of Pedro Sanchez, the current president of the Spanish government, insiders maintain. He is making it known that any alliances following the municipal and regional elections next May will depend on Sanchez’s presence – or absence.

Sanchez, Rivera is saying, is on the other side of the red line beyond which he is not prepared to go.

Funny that, when Vox’s leader in Andalucia was not.

And the trouble with red lines is that people who draw them often find that they’ve painted themselves into a corner.