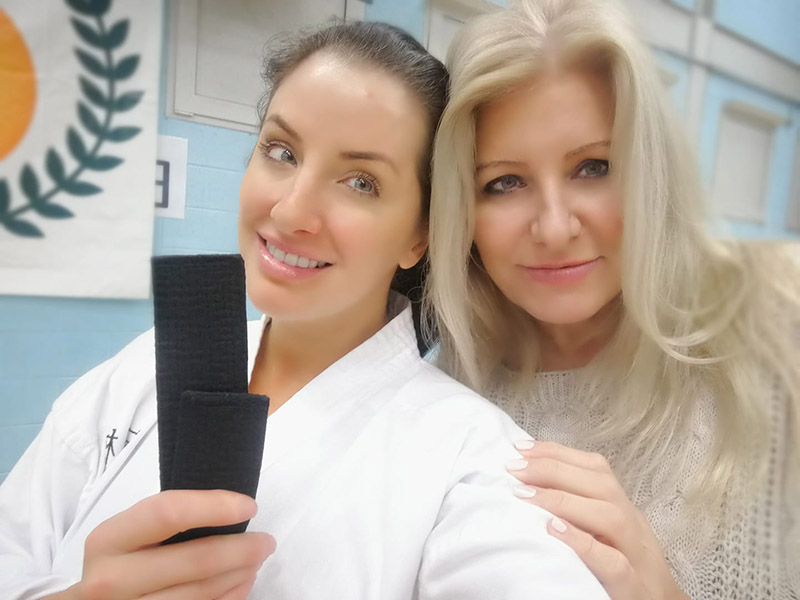 A YOUNG British woman who has raised more than €20,000 for cancer research now needs the public’s help to fund overseas treatment for a rare cancerous brain tumour.

Mum Kathleen Parker, who lives on the Costa del Sol, explained her model and actress daughter, Kerri Parker, was diagnosed with oligodendraglioma/astrocytoma five years ago.

She had most of it removed, but recently found out it had come back, even more aggressively.

Gym owner Kathleen said: “During this time (the last five years) Kerri has lived life on the edge and 100 per cent to the full, following her dream to become a stunt artist, by rally driving, deep sea diving, mountain climbing and recently getting her black belt in karate.”

She also spent her time raising awareness and thousands for Cancer Research UK, including staging her own birthday ball in aid of the cause. Now Kerri, with her mum’s full support, has had to turn her attention to raising cash to save her own life.

“The tumour has done what we feared and is back, this time spreading over much more of her brain,” said Kathleen, adding that their only real hope of a future for Kerri is to go abroad.

“The NHS in the UK is pushing for Kerri to undergo radiotherapy and chemotherapy, but because the tumour is in a ‘dangerous place’ there are fears it could leave her mentally and physically unable to do anywhere near what she can do now.

“After doing a lot of research, this is the very least that could happen,” said Kathleen.

The family has found an alternative treatment in Mexico which should ‘hit the tumour with everything it can’ before beginning chemo and radiotherapy in a couple of months, hopefully improving Kerri’s chances.

Co-gym owner Kerri posted on her Facebook account: “After Mexico I hope there will be a trial for me in the USA. We don’t know yet which will work if any, it is all so unclear, but time is running out.

“My migraines have gone from once a day to all day every day, and I pass out a lot from them now. So we must get to Mexico urgently and finish raising the rest over the next couple of weeks as time is now of the essence.”

The mother and daughter plan to fly on Monday, but are £1,000 short, to cover travel costs.

They have spent weeks fundraising to help treatment and costs, as well as launching an online appeal.

And Kerri has put her house on the market and is using her life savings to ensure that family members can be around to help and support her over the next 12 months, without having to worry about money.

She wrote: “We are almost there! The treatment and clinic is covered, the rest will come, we will not stop fundraising and will do whatever it takes. The butterfly was only beautiful because the caterpillar was brave.”