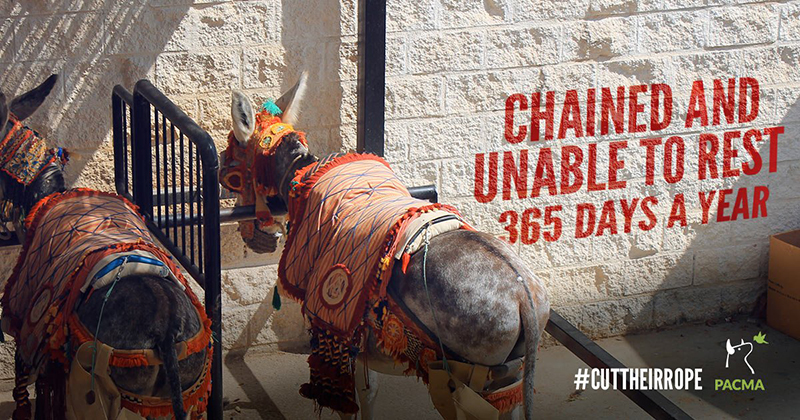 AFTER the Euro Weekly News highlighted the potential problem of cruelty towards Mijas donkey taxis, new town councillor for the area is meeting with the animals’ owners.

Mandy Ayuso joined Ayuntamiento de Mijas earlier in the month, and part of her responsibilities will be to ensure the wellbeing of the donkeys.

After being approached by EWN following reports of animal abuse, she has now organised a meeting to see how the donkeys can be best protected.

A council spokesperson said: “Mandy is new to the role and wants to find out as much as she can from the farmers and owners so that she can address any issues knowing the whole situation.”

The plight of the Mijas Donkey Taxis again came to light after a number of concerned residents and tourists contacted the press with photographs of allegedly mistreated animals.

The EWN received a photograph from a concerned visitor to Mijas Pueblo of donkeys tied so close to railings they can hardly move.

Lesley Armatage: “I have just visited Mijas. It’s a beautiful place but I was appalled at the donkeys tied up. They could hardly move their heads. They had no water and they were standing in the same place for hours. Utter disgrace. This is total animal cruelty.”

The use of Donkey Taxis in the picturesque town has led to growing online criticism of the town hall for “allowing it to happen”.

A member of Mijas Pueblo Animal Cruelty posted on its site: “Just another day destroyed for a visitor in Mijas Pueblo, they used to arrive happy but the majority of them leave the village with tears in their eyes after having seen the donkeys and horses.

“It is sad to see how a town hall can destroy a village like this by greed.”

It read: “Not a nice end to a lovely day. It’s atrocious how these little donkeys are treated, the man pulled one so hard by its rope to tie it up it cracked it’s head on the barrier.

“Its nose has been rubbed by a tight harness so much that its skin has developed a flap which is hairless and burnt with the sun. Being a horse owner I find this absolutely sickening and as beautiful as Mijas is, I will not be returning.”

In the past the town hall brought in new regulations to monitor and improve animal welfare, such as a minimum length for ropes securing the donkeys, but Mijas Pueblo Animal Cruelty maintains there have been no changes.