Where were the wealthy? 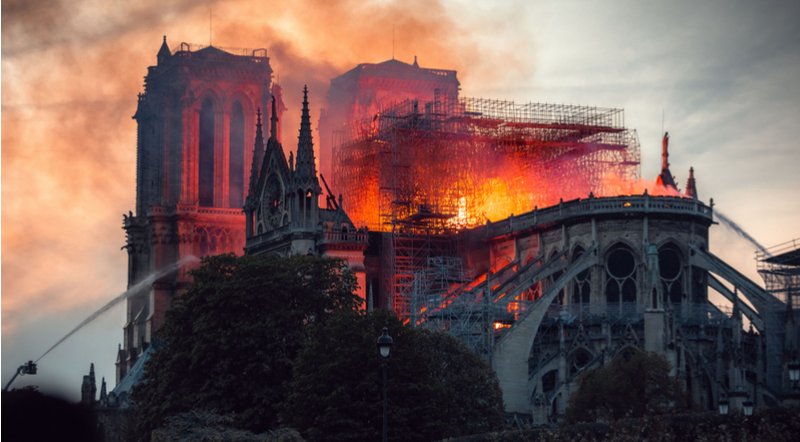 IT’S amazing – more than amazing in fact – to see various wealthy figures, including the bosses of Apple, L’Oreal, Louis Vuitton – I think there were 10 people that pledged money to the rebuilding of Notre Dame’s roof and other damaged sections.

It’s undeniably important that we maintain such beautiful and historic buildings. So far, I’ve seen figures ranging between 600 and 900 million being donated from 10 people within hours of the fire, so jolly well done there. But it also got me thinking where were all these fantastically wealthy people after the Grenfell Tower horror story?

Consider the reaction to the Grenfell fire. While there were several substantial singular donations from individuals to the appeal to help house and support the survivors, much of the £20m raised came from small donations from the general public. Some of the loudest voices and biggest fundraisers were members of the local community, banding together to make noise. So why didn’t these multi billionaires step forward with donations when they saw the tragic story of Grenfell Tower unfold in front of millions of people watching on TV?  Perhaps the nature of the building and the people living there play a role, as many of the inhabitants of the Grenfell Tower were migrants. Whatever the case may be, it’s an ugly look, and gets uglier the more that is revealed about the case.

So, when you look at the burning roof and tower falling down in Paris, it’s important for some to remember that these places of worship were built to celebrate a faith that emphasises giving aid and comfort to the poor, regardless of who they are.

In contrast, much of the reaction from wealthy ‘elites’ (to use a much used and abused term) consisted of questions being raised about the worthiness of the recipients. Wealthy councillors in nearby Chelsea made objections to suggestions of rehousing survivors in the borough. Press barons attacked several survivors at length, including the man in whose flat the fire had started, Bewail Kebede. A later inquest cleared him of any wrongdoing whatsoever.

There are still people that have not been properly rehoused or that have been moved to areas miles away. It has been treated as a crime scene since the fire and I believe it’s been handed back to the council My point is if they can donate six to 900 million for a new roof on a church, surely those same people could have stepped in and helped the Grenfell Tower horror story.