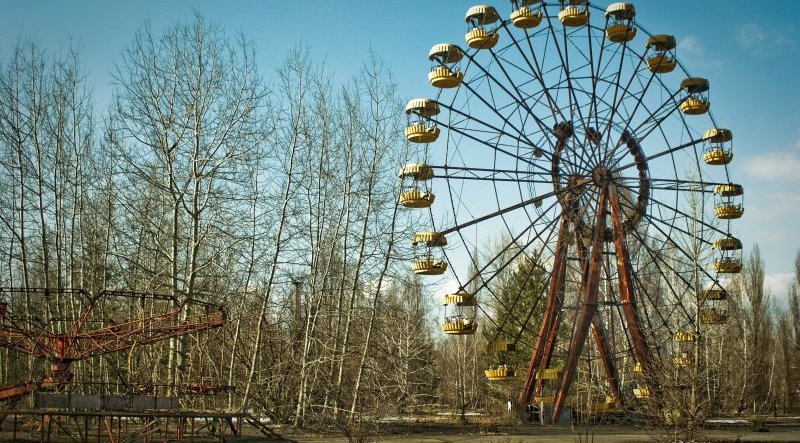 Yes, we’ve been clobbered on all sides by images of scantily dressed women and unrealistically smiling family groups trying to turn current worries – Brexit, the unreliable British summer, granny’s annual visit – into sun-drenched paradise. But hey, now there’s an alternative if you’re looking for a summer break and a bit of travel one-upmanship. And just think of all those jaw-dropping photos you’ll be able to upload on your return on Instagram!

While Foreign Office advice puts Crimean War battleground tours off-limits to ordinary travellers, some opportunist firms offer tourists in Ukraine the chance to visit the modern-day war zones. Ads for trips have appeared in areas frequented by tourists, containing phrases like ‘Impress your friends with the ultimate selfies’ and ‘see where the fighting is.’ Incredible! Or how about a trip to Afghanistan, Iraq or Algeria?

All available to visit by fearless tourists courtesy of trigger-happy tour companies, though finding adequate travel insurance might be problematic – and don’t forget to pack those sexy-looking bullet-proof vests! But, you couldn’t ask for a hotter (yes, in all senses!) city than charming Chernobyl! Prompted by the highly-rated Sky-HBO mini-series named after the site in Ukraine of one of the world’s worst nuclear disasters in 1986, trips inside the 30km exclusion zone reportedly jumped by 40 per cent year-on-year in May when the show first aired.

With its dilapidated apartment blocks, abandoned fairground and school littered with textbooks smothered in radioactive dust, Chernobyl might appear an unlikely tourist destination. Guides leading tour groups carry Geiger counters and visitors have to undergo full-body scans for traces of radiation on departing the exclusion zone (the radiation levels supposedly similar to those experienced on an average transatlantic flight). Hmm. Well, I think I’ll just wait until the fairground is up and running again. It’s got a big wheel and some bumper cars, but does it have a roller coaster?

Nora Johnson’s crime thrillers ‘Betrayal,’ ‘The Girl in the Woods,’ ‘The Girl in the Red Dress,’ ‘No Way Back,’ ‘Landscape of Lies,’ ‘Retribution,’ ‘Soul Stealer,’ ‘The De Clerambault Code’ (www.nora-johnson.net) available from Amazon in paperback/eBook (€0.99;£0.99) and iBookstore.