Moors and Christians beamed live to US from Almeria 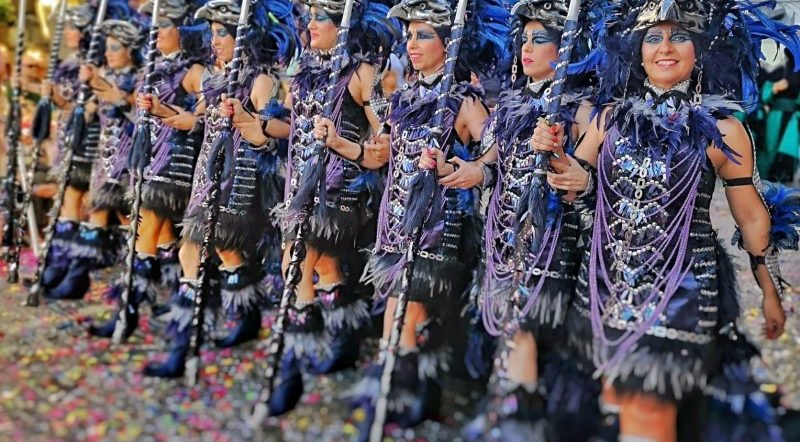 The connection to the network, a flagship property of Walt Disney Television, came from the highly prestigious New York-based Associated Press news agency.

American viewers were treated to the sight of locals dressed in their full, glorious festival finery as they made their way down from the village square to the public fountain, marching and dancing in step with the strident rhythms belted out by the bands.

“To see us on an American television channel like ABC, on such an important programme with such a big audience!”, exclaimed Mojacar Tourism Councillor Emmanuel Agüero Leclerc.

“The impact of this kind of promotion all adds up to the municipality advancing in terms of tourism and continually expanding its markets”, the councillor told the Euro Weekly News.

Sunday’s procession brought the curtain down on 48 hours of uninterrupted loud partying and events. Mojacar village and the coastal strip reverberated to the sounds of blunderbusses firing, music and much merrymaking all weekend as locals and visitors threw themselves wholeheartedly into the annual festivities, classified as of Andalucia Tourist Interest.

This year Moors and Christians celebrations were a resounding success all-round, the councillor reported, the municipality buzzing from the moment the celebrations started up on Friday night.

“The comments from traders are that they don’t remember such a good Moors and Christians weekend for years”, the councillor told EWN.

The special events in Mojacar continue this weekend. Along with Nijar and Lucainena – the province’s two other municipalities in the prettiest villages in Spain network – Mojacar is marking the summer solstice with the ‘La Noche mas Romantica’ (the most romantic night).

The village will be decked out with thousands of balloons and hearts from 8pm and there will be live music in the squares. Love will be very much in the air at the stroke of midnight with the grand kiss initiative, people encouraged to pucker up and demonstrate their affection for their nearest and dearest.