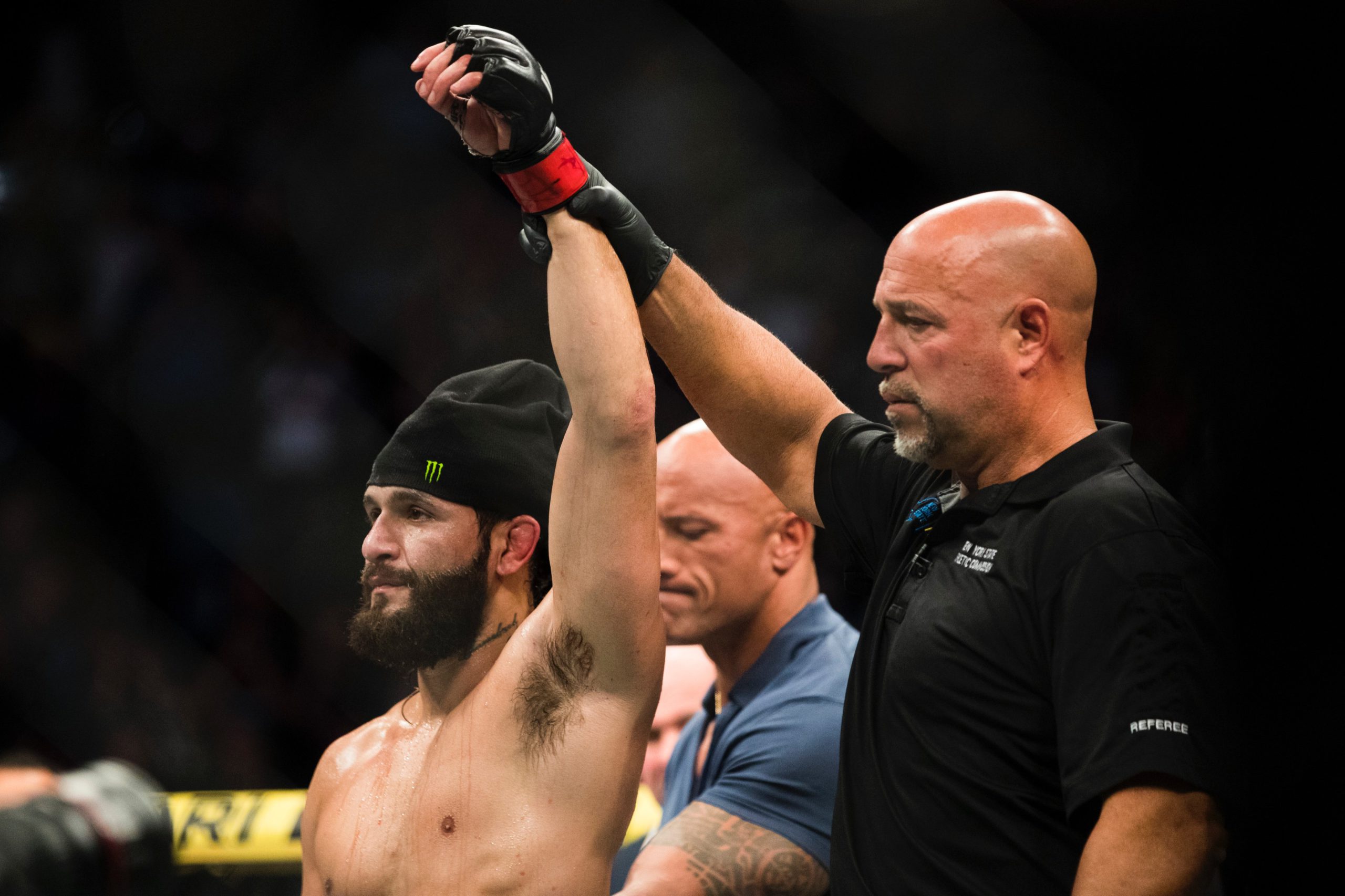 IN what was one of the most hotly anticipated matches in recent years, the final result would prove to be an anticlimax.

The mood in Madison Square gardens was electric right from the start, with Donald Trump gracing the arena with his presence for the first time since 2008. He arrived to a mixed chorus of both boos and cheers, with the US president clearing loving the theatrical nature of it all.

Headline fight for the night was the welterweight pair up of “Gamebred” Jorge Masvidal and “The Stockton Slugger” Nate Diaz.

The match itself started with the energy as can only be expected from two of the most exciting fighters of recent times.

Both sprinted out their corners with Diaz starting the match strong with a flurry of punches before getting Masvidal in a clinch.

Masvidal remained calm and responded with a nasty elbow which clearly rocked Diaz. Taking advantage of a clearly dazed Diaz, a series of strong strikes and a head kick put Diaz to the ground.

Diaz got back up and showing the grit that he is famous for, never backing down despite taking numerous body shots of a relaxed looking Masvidal.

As the rounds ticked by, Diaz was continuing to refuse to be dropped, Masvidal was giving everything he could but couldn’t quite execute the finishing move.


As round three came to an end, Diaz was bleeding heavily from two nasty cuts around his right eye.

The ringside doctor came to examine the injury but despite Diaz’s repeated pleas to continue the fight, the doctor pulled Diaz and told the referee the fight was over.

“I didn’t think they were going to stop it,” Diaz said afterwards. “I was just getting ready to get started.”

“He got the job done like he was supposed to so right on to Jorge for what he did. But I’m coming back for your ass, motherf****r. Let me heal up and let’s go again.”

A rematch certainly does look on the cards for both fighters.

“I told Nate right now, I swear that we’re running it back,” Masvidal shouted after having the BMF belt wrapped around his waist by Dwayne “The Rock” Johnson.

“We’re going to run it back. Don’t worry, it’s going to happen again.”

After headlining his first UFC pay per view, Masvidal will now wait to fight in a title shot against the winner of Kamaru Usman and Colby Covington, but if these two have any say in the matter, a rematch may just come first.