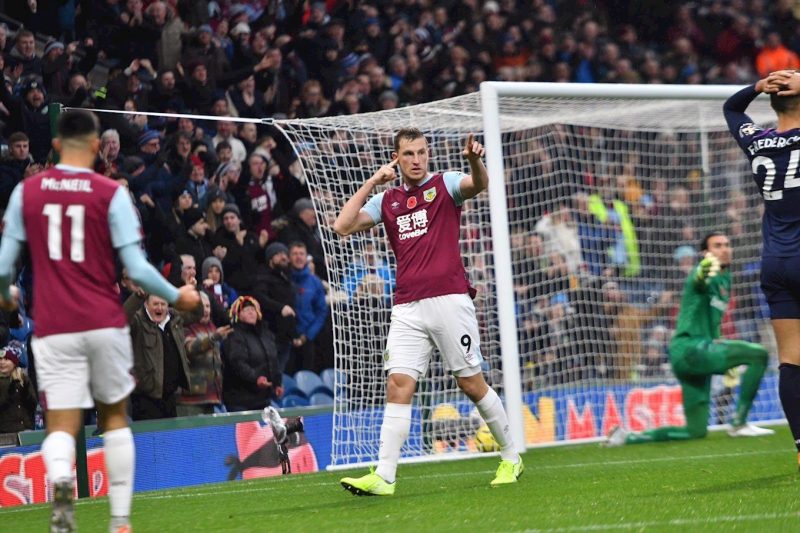 Ashley Barnes and Chris Wood both celebrated signing new contracts with goals that propelled Burnley to another big win over West Ham United.

Last season’s Turf Moor victory over the Londoners at the turn of the year had been the launchpad for Burnley’s  sprint to safety.

And while the need wasn’t quite so great this time around, the combination of Barnes and Wood and an own-goal from goalkeeper Roberto Jimenez brought a welcome end to a three-match losing run.

The Burnley strike partnership – re-united following Wood’s return from a two-match absence – took their combined tally for the season to 10 league goals to cap a week in which they had both extended their stay at Turf Moor.

And in truth they could have added plenty more, notably Wood who had underlined his liking for this fixture with his sixth goal in five games against the Hammers with the second goal just before half time that all but sealed the deal as he again ran the Londoners ragged.

Jimenez was at fault for all three of the Burnley goals, although it was only his acrobatics late in the piece that prevented a landslide as Sean Dyche’s side produced exactly the response they needed to record an emphatic fourth home win of the season and re-claim a place back in the top half of the table.

In a bid to stop the losing run, Dyche made three changes with full-backs Charlie Taylor and Phil Bardsley returning along with Wood to make their first Premier League starts of the season.

And Burnley wasted no time in looking to make amends for their first-half collapse at Sheffield United a week ago with an up-tempo opening that had the Hammers immediately on the ropes.

West Ham were absolutely shocking, Burnley came at them and totally ran the show from start to finish, West Ham’s millionaire so called stars looked lazy, not interested had no direction from the bench and to be honest looked like a side heading to relegation.

It’s evident to the majority of West Ham supporters that the Chilen manager Pelligrini has to be sacked – but club owner David Sullivan will have a problem there as he gave the ex Manchester City manager a long 4 year contract on 7 million GBP a year and no doubt will want paying off.

West Ham supporters are in numbers now calling for the head of their manager and the bookies have him odds on to be the next sacked manager in the premiership.