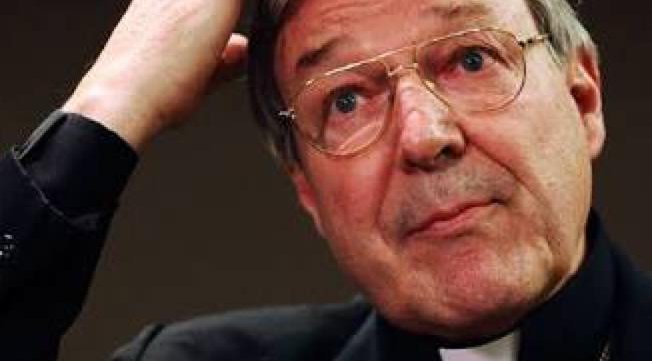 CARDINAL GEORGE PELL will have a final chance to overturn his conviction on historical child sexual abuse offences after the high court in Canberra agreed to hear appeal arguments in a special full court sitting.

A date for the appeal hearing is yet to be set but it is likely to be early in 2020, by the full bench of seven judges.

The ex-Vatican treasurer, 78, is currently serving a six-year jail term for abusing two boys in a Melbourne cathedral in the 1990s.

He lost his first challenge against his convictions in August and has consistently maintained his innocence.

Pell is the most high-ranking Catholic official in the world to be convicted of child sexual abuse.

On Wednesday Justice Michelle Gordon announced that she and Justice James Edelman had decided to refer Pell’s application for special leave to appeal to the full court “for argument as on appeal”.

Chrissie Foster, whose daughters were abused by the paedophile priest Kevin O’Donnell and who detailed a lack of support from Pell when she reported the offending to the church, said she was “devastated” by the court’s decision.

“The more I think about it the more devastated I feel about it,” she said. “It’s so hard to get a conviction of this crime against children. This case got that conviction. Now it’s going out of Victoria to the high court to be rehashed over.

“George has had the best of everything, the best defence money can buy, the best county court judge, and three top minds in the appellate court judges who heard the first appeal. And it feels now it’s all back to square one. It really is upsetting. What do we have to do to have this conviction stick?”

It will be Pell’s last resort of appeal, with any decision of the high court final and applicable to all other Australian courts.

Last December a jury returned a unanimous guilty verdict on five charges, one count of sexual penetration and four counts of committing indecent acts, after less than four days of deliberation. He was found guilty of sexually abusing two 13-year-old choirboys at St Patrick’s Cathedral when he was the archbishop of Melbourne in 1996.

By the time the complainant spoke to police in June 2015, the other victim had died from an accidental heroin overdose at the age of 30.

The High Court ruling will be the final on this case and cannot be further challenged.

Pell was demoted from the Pope’s inner circle last year however despite calls for The Vatican to defrock Pell, it has said the cleric has the right to pursue all legal appeals. And, as stated by the Archbishop of Sydney, Anthony Fisher “The church will continue to offer pastoral support to the Cardinal while he remains in prison awaiting the hearing of this appeal, and for all others affected by today’s outcome.”