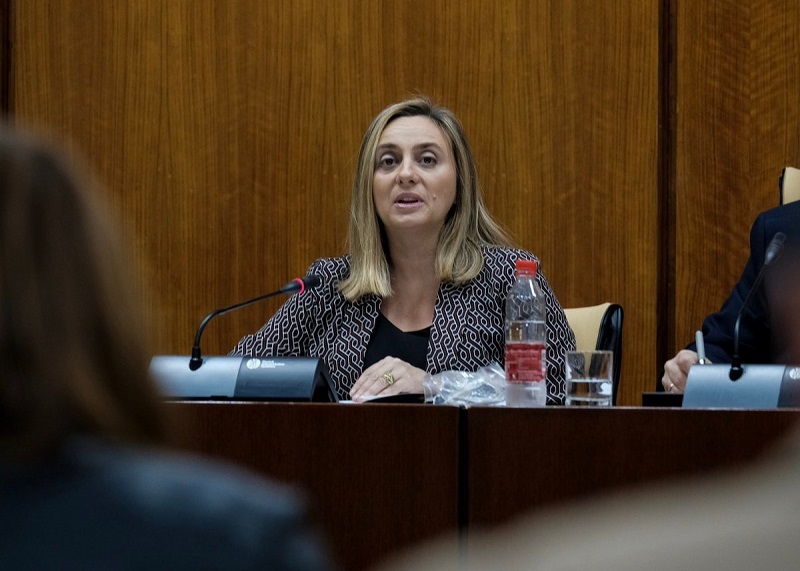 EXPECTATION: Public Works regional minister Marifran Carazo said she expected the contract for the final stretch of the highway to be put out to tender in December. CREDIT: Fomento Junta Andalucia Twiter @FomentoAND

THE plans to complete the Almanzora highway look as though they are moving forward.
Junta de Andalucia Public Works, Infrastructure and Land Planning regional minister Marifran Carazo has confirmed that the contract for the connection between the A-334 and the A-7 motorway should have been put out to tender before the end of this year.
Carazo made the comment during an appearance in the regional parliament, during which she repeated that the Andalucia government is “committed to this infrastructure, which is highly anticipated and very necessary, and which in hardly nine months we have put in motion.”
The regional minister made the point that works on the penultimate stretch of the highway, the Cucador-Concepcion section, have begun, and that the Junta de Andalucia President Juanma Moreno was present for the inauguration following the signing of the €25.3 million contract in September.
She said the works are now in full swing, in line with planned schedules.
Financed by the European Regional Development Fund, the project for this section should take 30 months to complete.
The Junta de Andalucia is now, Carazo maintained, “taking yet another step.”
She added, “Shortly, I hope that before the end of December, we will put out the tender the final section, which is the connection with the A-7, the Mediterranean motorway.”
The regional minister described the Alanzora highway as “a necessary link which is going to strengthen economic growth in Almeria province.”
Once completed, the A-334, will stretch for 29 kilometres from Fines to the A-7 motorway. Average traffic volume on this route is more than 10,000 vehicles a day, including lorries going back and forth from the main marble producing municipalities of Olula del Rio and Macael.