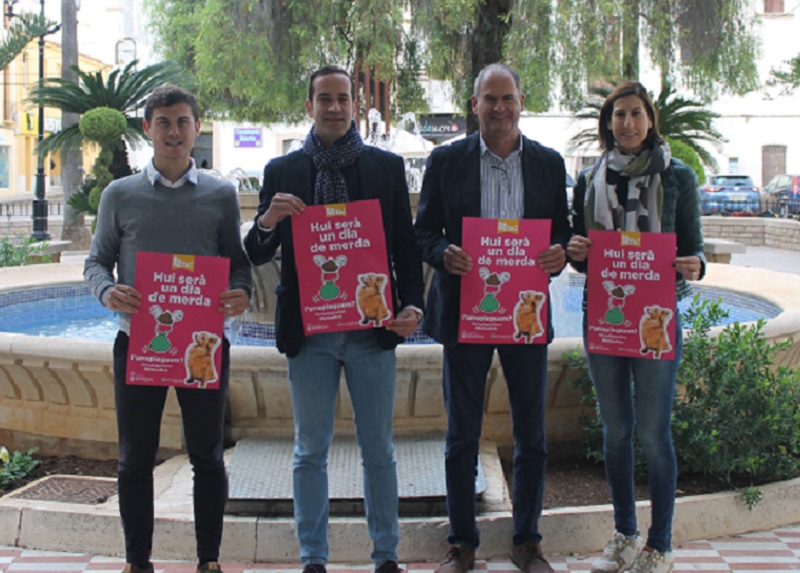 DIFFERENT: The council has planted fake doggie poos around the town to get the message across to residents. CREDIT: Ayuntamiento de Benissa

‘Today is a day full of s**t’ was the slogan Benissa council chose for a distinctly original campaign to get the message across to the pooch-owning public they must pick up their doggies doo.
Residents woke up to find 300 fake doggie poos next to campaign messages stickers distributed around the municipality in what the council said was “a creative marketing action.”
The idea is that the fake poos, which the council stressed are made from reusable, environmentally-friendly materials and were produced by a local company, stay in place on Carrer La Purissima, Carrer Sant Pere, Plaza Jaume I and the streets around the old town for several weeks.
The stickers alongside the doo-doos feature the new BenissaNeta logo, which the local authority said will be used in a series of broader projects aimed at raising public awareness about keeping the municipality clean.
This quirky initiative was prompted by an increase in the problem of dog faeces on Benissa’s streets and pavements and the council’s decision to take action on the matter.
The communication campaign is one strategy. At the same time, the council will adhere to the relevant bylaw under which pet owners can be sanctioned for not picking up their dogs’ deposits.
A report by the municipal authority revealed €35,000 is spent every legislature in cleaning up dog faeces.
“Benissa is for all residents and we have to look after it as if it were our own home”, commented Health councillor Isabel Bou.
Mayor Arturo Poquet stressed the value of the campaign, maintaining keeping the town clean was one of his administration’s main concerns.