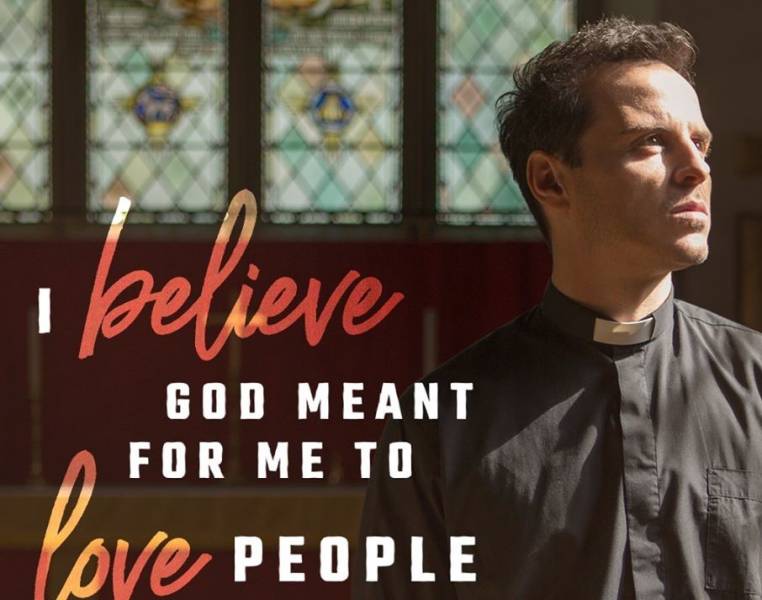 FLEABAG may have created the imaginative hot priest in the hit-TV show but London has the real thing.

Rev Christopher Lee, 36, from west London, has amassed more than 100,000 Instagram followers – apparently due to his good looks.

And his ’60-second sermons’ which he posts on Instagram to his 116,500 fans are constantly flooded with comments from female followers on the lines of: ‘I love you’ and ‘you just keep blowing my mind’ as well as putting numerous love heart emojis under his pictures.

The married vicar, father of two daughters, is adamant they follow him for the power of the gospels and not due to his appearance.

In an interview with the Times, Rev admitted that it was never a “horrible thing” if you’re told you’re good-looking, but he’s convinced that people follow him because of his content, and because he speaks to them on a deeper level.

Rev Lee, who has been vicar at St Saviour’s Church for four years, admits that he finds the comparison to Scott’s character in fleabag embarrassing believing that as priests are traditionally a little bit heavy, a little bit old and more distant than he is, he steps out of the conventional role model which has aided in attracting this extra attention.

Rev’s calling began when he was 21, he had falling into the trap of house, mortgage and work, he decided to break the system and took off to Tanzania to teach English using the Bible as his main tool to connect with his students.

Not only did he connect with his students, his love for God grew too and he completed a distance-learning degree to make him a priest.

Aged 24 he was ordained a deacon in the diocese of Mount Kilimanjaro.

The Church of England is trying to bolster its presence online and has recently launch an app for Google Home smart speaker.

As Euro Weekly News understands, the app will allow users to ask the device to say grace before meals as well as pray before bed.