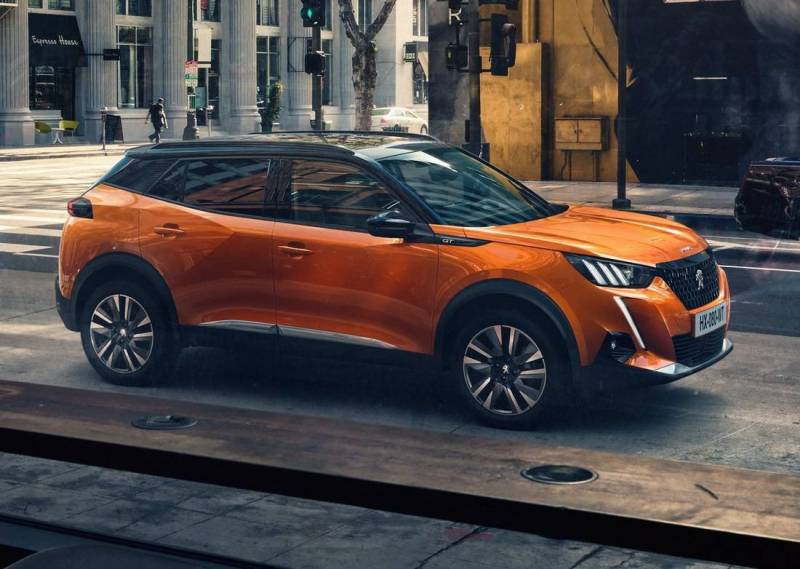 Initially offered only in GT Line spec, the petrol and diesel powered 2008 starts at around €30,100. The new model is more stylistically assertive with a much more pronounced front end, a horizontal grille, optics directly borrowed from its little-sister 208, and the famous LED signature in the shape of a hook. In terms of dimensions, the new 2008 is a bit bigger as well, measuring 5.5 inches with a slightly stretched wheelbase as well.

All 2008s are front-driven only but offer Grip Control, a stability control system for looser surfaces as an option.

The interior looks suitably futuristic, with a small steering wheel, digital instrument panel and separate infotainment touchscreen with ‘piano key’ shortcut buttons underneath. Like the 208, the 2008’s high-mounted digital instrument cluster can project crucial information in enlarged ‘holographic’ form in front of it and Peugeot says this can shorten a driver’s reaction time by half a second. Like the rest of the Peugeot range, the 2008 is now available in Active, Allure, GT Line and GT trim.

Peugeot has put effort into making the e-2008 drive more like a regular automatic car, too, and speaking of transmissions, the higher-powered petrols are available with an eight-speed auto as well as a conventional six-speed manual.

The engine range echoes that of the Peugeot 208’s, but the power outputs are higher to compensate for more weight and size: the entry-level 2008 has 99bhp, and the top model is no longer the 134bhp EV, but a 153bhp petrol,

The electric feels like the most natural fit for the more glitzy, extra tech interior and the same mixture of 100kW power and 50kWh battery as the e-208 has been slotted under the e-2008, adding around 350kg to the kerb weight but keeping it all in the floor. Better for handling, and it means room for people and luggage is completely unimpeded too. The fully charged range is 193 miles.