Uk News:Anger as thousands left without running water for a second night in Bedfordshire 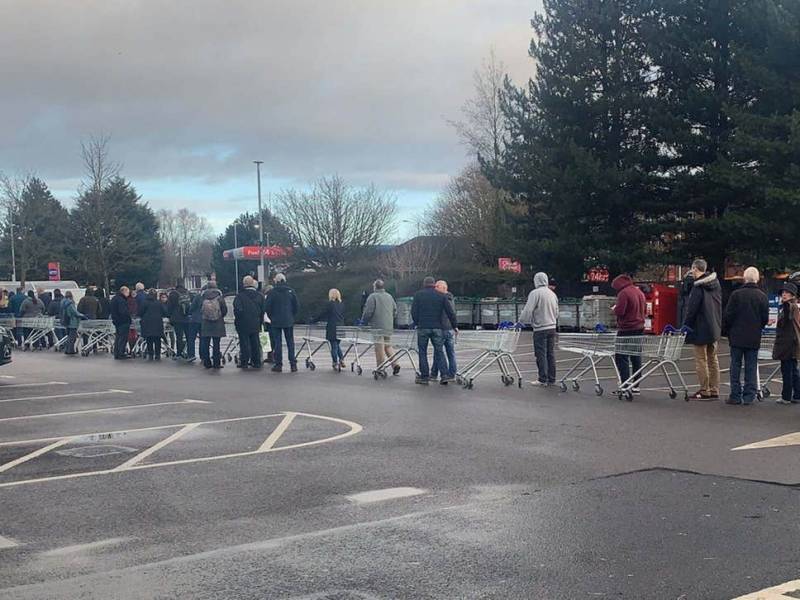 Residents in Bedfordshire have been left without running water for two nights in a row.

Local supplier Anglian Water said it has restored service to “many customers” after mains supplies stopped working on Friday evening, but said that “air trapped in the pipes means that some customers in Leighton Linslade, Pottsgrove, Milton Bryan and Southcott are still without water”.

Earlier, the company was branded “disgraceful” by residents after thousands were left without water. Local resident Maria Power had to queue for 45 minutes at a Tesco in Leighton Buzzard, where Anglian Water is offering free bottled water to those still affected. “There was probably 50 people in front of me, and it continued growing behind me,” she said. “The situation is disgraceful it should have been resolved by now.” Another resident Dave said: “As I passed (the water queue) two friends drove by and called out ‘we’re off to Milton Keynes for a shower’. It is shocking”.

‘Love Every Drop’ is Anglian Water’s slogan, but my cat had the last remaining water I had, that was what was left in the kettle.” Anglian Water has apologised for the fault, which they say was initially caused by a broken valve and then by “air trapped in the pipes”.​

The supplier said on Sunday this problem would be solved “later on this afternoon”. It earlier said the issue – affecting an area home to an estimated 40,000 people – would be resolved by midday on Saturday.

“Anglian Water has been moving the estimates throughout the weekend,” added Dave.​ Ms Power, a nurse, added that she is concerned about vulnerable people such as the elderly and babies. Anglian Water has offered to hand-deliver bottled water to vulnerable customers on their Water Care register, though some residents have said they were unaware of it. Anglian Water said in a statement: “We are really sorry customers in Leighton Linslade are still without water. Customers might be entitled to up to £20 compensation for emergency interruptions to their water supplies, depending on how long it takes to fix and what kind of pipes are affected.

“We know it’s been incredibly frustrating for our customers that timescales have changed over the last two days and not all supplies have been restored at the same time. “Our estimates are always given with the best of intentions for returning things to normal, but on this occasion, it has proved an unusually complex issue to resolve, with challenges that could not be predicted emerging along the way.”