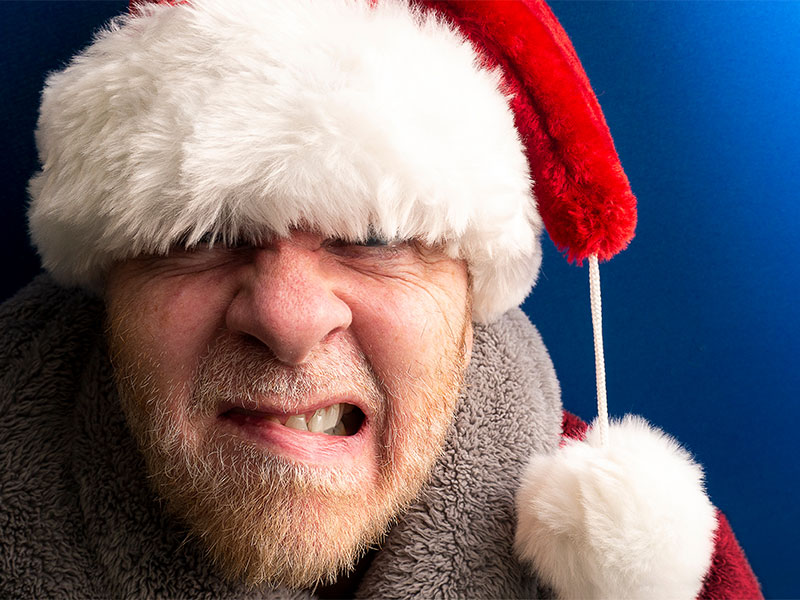 I TRY and avoid buffets like the plague but sometimes there is no choice.

One of my reasons is that you stand in line – not me but Mrs S – and choose whatever you decide out of the hot dishes.

They dollop it on to the plate and you then have to stand in line to pay for it. Most of the time there are a few people in front of you and by the time you get to pay it’s cold. It’s not usually great food in the first place, but cold it’s abysmal. There has to be a better way.

If it was up to me I’d sort out a way to choose what you want off a menu and then pay for it and get a ticket. You then present that ticket to the person dishing up and get your plate of hot food and sit down. Doesn’t seem too difficult to me.

This is my last article before Christmas so I guess it should be all festive and jolly. Full of Ho Ho Ho and goodwill to all. The tree should be up and decorations all done. Well folks I’m sorry to disappoint you because I’m just as grumpy.

Some say even more so. I don’t like Christmas. It’s OK for kids. Even I have to agree there is nothing better than seeing the little ‘uns believing in Father Christmas and then opening their prezzies. But that’s it.

The strain on parents to have to get into debt because little Johnny (it can be Janet or any other gender applicable) has seen this new €200 or more all singing, all dancing, latest thing on telly.

The problem is that it would be bad enough if it ended there, but it doesn’t. It usually comes with add ons and then three months later a new model comes out. The kid has to get the newer one because one of their mates has already got one.

The other thing is everything you buy is half price two weeks later in the sales. Oh and don’t forget all the nonsense about ‘let’s leave it till after Christmas’ when trying to get something done from December 10. That usually means waiting till January 10 … at least!

So have a merry Christmas and all that nonsense. Try and remember that it’s only once a year and it could be worse. You could be the Queen having to make a speech to millions and not mention what an idiot Andrew is!