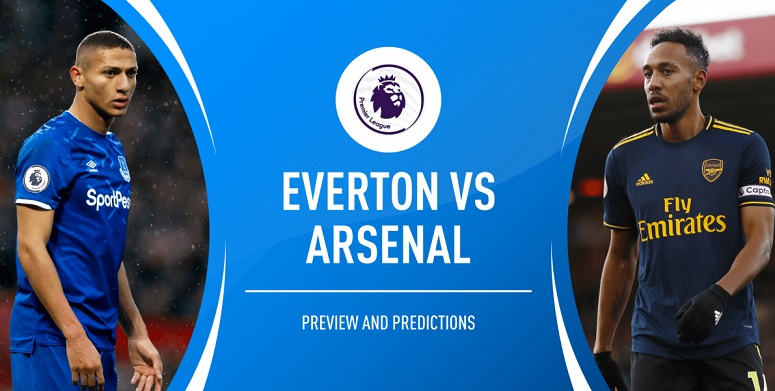 Everton host Arsenal in the Premier League this weekend with both clubs about to usher in new eras.

New managers look set to arrive imminently at both Goodison Park, in the form of Carlo Ancelotti, and at the Emirates with Mikel Arteta currently in talks with the club, and both sets of fans will be hoping for an immediate improvement in terms of performance and results. That said, Everton have already picked up under interim boss Duncan Ferguson, who has taken four points from tough games against Chelsea and Manchester United.

Arsenal have mostly failed to turn things around under Freddie Ljungberg, but will that change on Saturday? Read on for our preview, predictions, team news, possible XIs and more.

When is Everton vs Arsenal and where can I watch live?

Everton would be wise to put in plenty of crosses against Arsenal, who have struggled defensively this season, relying on Bernd Leno to keep scorelines down.

Richarlison will be the main target of those crosses given his aerial strength and the fact he has scored six league goals so far this term, more than any other Everton player.

Even if he plays out wide, the Brazilian will drift inside when the ball is on the opposite flank. The Arsenal full-backs will have to track him carefully.

Key stat: Richarlison has registered more shots on target (15) and made more tackles (43) than any other Everton player in the Premier League this season.

It’s been a difficult couple of years for Ozil, let alone the last two weeks of off-pitch headlines coming to the fore. But such is the mercurial German’s talent, there is a chance he will thrive under new management.

If his mind is in the right place, Saturday will provide the perfect opportunity to impress Mikel Arteta and prove the team should be built around him.

Ozil’s form has been mixed this season, but he remains a creative force when in the right headspace.

Key stat: No Arsenal player has created more chances than Ozil in the Premier League this season (19).

Gylfi Sigurdsson and Djibril Sidibe should return from illness in time for this one. Lucas Digne (groin) is still out but Fabian Delph could return.

Theo Walcott, Jean-Philippe Gbamin and Andre Gomes remain sidelined until the New Year, while Morgan Schneiderlin is expected to return later this month.

Kieran Tierney (shoulder), Granit Xhaka (concussion), Rob Holding (knee) and Dani Ceballos (hamstring) all remain sidelined, but Hector Bellerin could return from a hamstring injury. Sead Kolasinac recently sprained his ankle but looks to have shaken it off in time for the match on Merseyside.

It would be a surprise if either goalkeeper kept a clean sheet in this one. In fact, we might have a thriller on our hands considering the way both teams have defended this season. Home advantage means Everton may just about edge it.