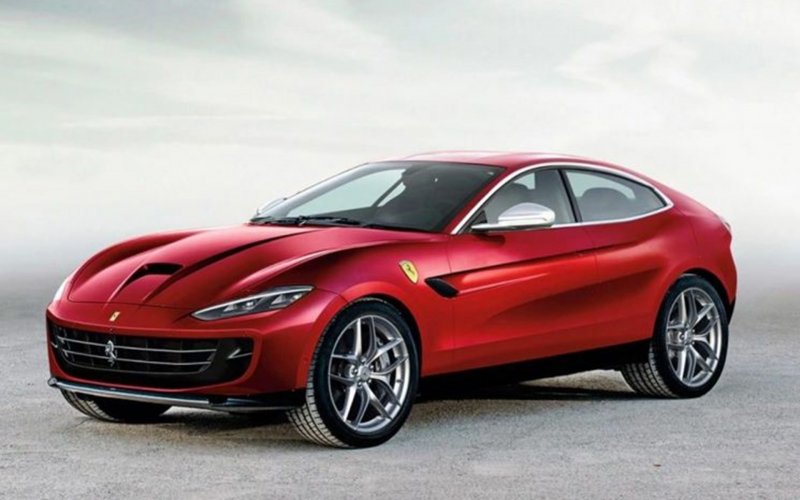 THE FERRARI Purosangue SUV is edging closer to production and will take inspiration from the recently revealed Roma GT and use its technological underpinnings to support the most controversial vehicle planned in Ferrari’s 15 car-strong new-product push.

Proudly termed an ‘FUV’ by Ferrar’s marketing team, it will hit showrooms by 2022 after the current CEO of Ferrari, Louis Carey Camilleri, pushed the project back by two years.

The new model will use an adapted version of a modular, multi-material, front-engined platform making its debut under the Roma. Ferrari chief technology officer Michael Lieters explained the technology at the Roma unveiling.

“In general we will have two families of architecture – front- and rear-engine families,” and continued, “The modularity is there, and especially on the front-engined architecture we have to foresee many more models. We have a two + two, we have a four +, we are thinking about Purosangue, and so on.”

Plug-in power is thought to be Ferrari’s aim for the Purosangue, and Lieters explained that the four-wheel-drive-capable platform is compatible with V6, V8 and V12 engines.

The next V12 Ferrari is very unlikely to be the SUV, but according to chief marketing officer Enrico Galliera, attention has already turned towards the brand’s next ultimate flagship model.

“Yes, we are working on the next hypercar, which will come after 2022,” said Galliera.

He also hinted that the next hypercar wouldn’t deliver a power output to beat the new 986bhp, plug-in hybrid SF-90. Instead, he suggested its philosophy will instead major on lightness, controllability and aerodynamics.

Ferrari will continue to develop its 6.5-litre naturally aspirated V12, and combining this with heavy battery tech is not favoured by the marque’s engineers. “To be honest, electrifying a V12 means creating, very probably, a heavy and big car. So electrification ideally should be coupled with smaller engines,” said Galliera, who also confirmed that a fully electric Ferrari is not in the product plan.

“The philosophy is to try to be ready with different technologies in order to use them with the necessary evolution,” he added. “That’s why we have a wide range of engines: V12, V8 and, in the future, the V6.”