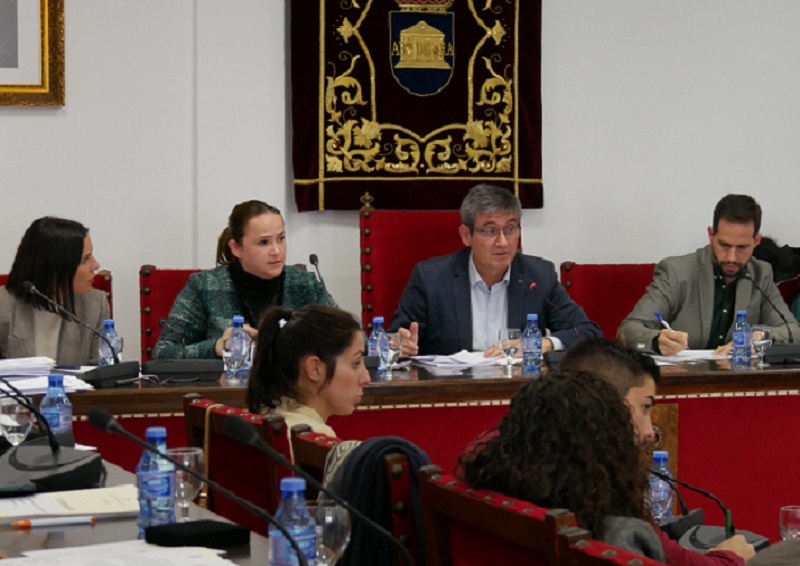 CLAIM: The Mayor said the budget plans are “adapted to the reality of the municipality.” CREDIT: Ayuntamiento de Adra

ADRA council has given the go-ahead to the 2020 budget, which Mayor Mayor Manuel Cortes said prioritises investment and the development of the municipality.
The €24 million budget plans received the backing of the conservative Popular Party and the centrist Ciudadanos.
The centre left PSOE, the far-right Vox and Plataforma voted against.
The Mayor described the approval as “very good news” and said it reflected current “stability” in Adra.
“In the next financial year we will have accounts much more adapted to the reality of the municipality”, he commented, also promising the plans feature “grand projects for Adra to continue growing.”
Cortes had earlier maintained the budget puts the biggest emphasis on investment in the municipality in a decade, also reinforcing basic services like maintenance and reflecting the local administration’s “strong backing” for social and cultural matters.
Specifically, the council wants to allocate some €3.6 million to creating and improving town infrastructure.
Projected investments include €2 million for modernising the central market, the creation of a safe school routes and the construction of a new cycle track between Adra town and Venta Nueva. Money has also been allotted to upgrades to streets, pavements and buildings and to sports facilities, to improving the network of rural paths and to the Cerro de Montecristo archaeological site excavations.
More than €2.8 million is earmarked for social expenditure, which covers matters like assistance for victims of gender-based violence and job creation programmes.
The local authority aims to spend in excess on €1.3 million on cleaning, gardening, and in the regions of €1.2 million on culture, sport and on tourism promotion.
According to the Mayor the budget for the next financial year offers “stability” and “guarantees the continuity of economic policies which favour the financial stability of the public coffers.”
He also claimed his administration had through “good management” managed to increase the budget by 25 per cent for 2020, while at the same time keeping direct taxes for residents at the same levels.
He pointed to the administration’s success in gaining financing from other administrations through projects, assistance and grants to a key factor in making this possible.