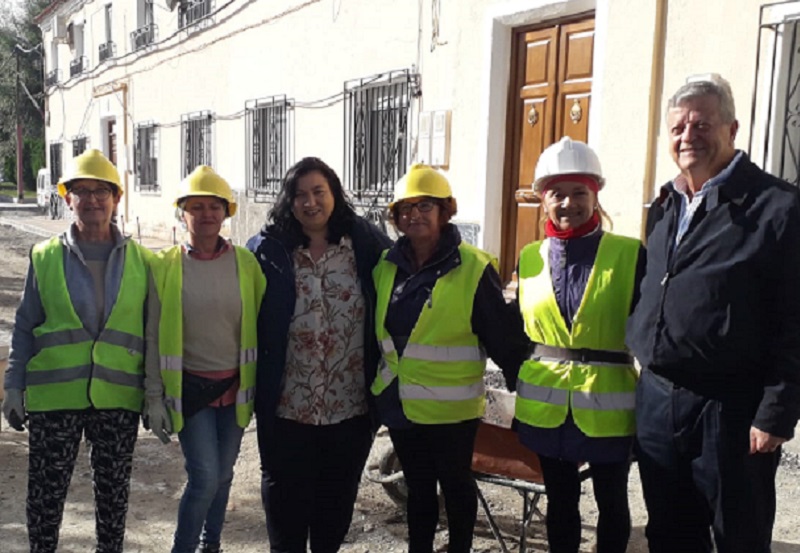 VELEZ-RUBIO is benefitting from improvements to public services and infrastructure under a rural employment development plan, the provincial government said.
The Diputacion de Almeria-managed PFEA plan adds up to more than 3,000 working days and an investment of more than €325,000, bringing about improvements to municipal plazas, parks, gardens and the fairground, among others, the administration said.
Diputacion PFEA delegate Matilde Diaz paid a recent visit to Velez-Rubio, where accompanied by the Mayor Miguel Martinez-Carlon and the councillor Juan Jose Parra, she went to see how some of the works are coming along.
“The PFEA plans is one of the Diputacion’s most important”, the delegate commented.
“It allows us to correct economic imbalances in rural zones, improve and modernise infrastructure and public services in municipalities, and above all, and for the same reasons, becomes an important tool in securing population.”
One of the main PFEA works projects is in the town’s Plaza del Rey, with improvements to drainage, paving, cabling and the garden area irrigation system.
Elsewhere in the locality, maintenance on garden areas will include weeding, cleaning up, pruning and planting.
The areas set to benefit are the Meson park, Calle Meson, the area around the cemetery, roundabouts, fountains, play areas, gardens in the Los Angeles district, the Gloria Fuentes park and surroundings, and the municipal sports complex and Paseo de la Libertad gardens.
The Diputacion described the PFEA as an example of collaboration between the provincial government, the Junta de Andalucia, local councils and the SEPE State Public Employment Service.