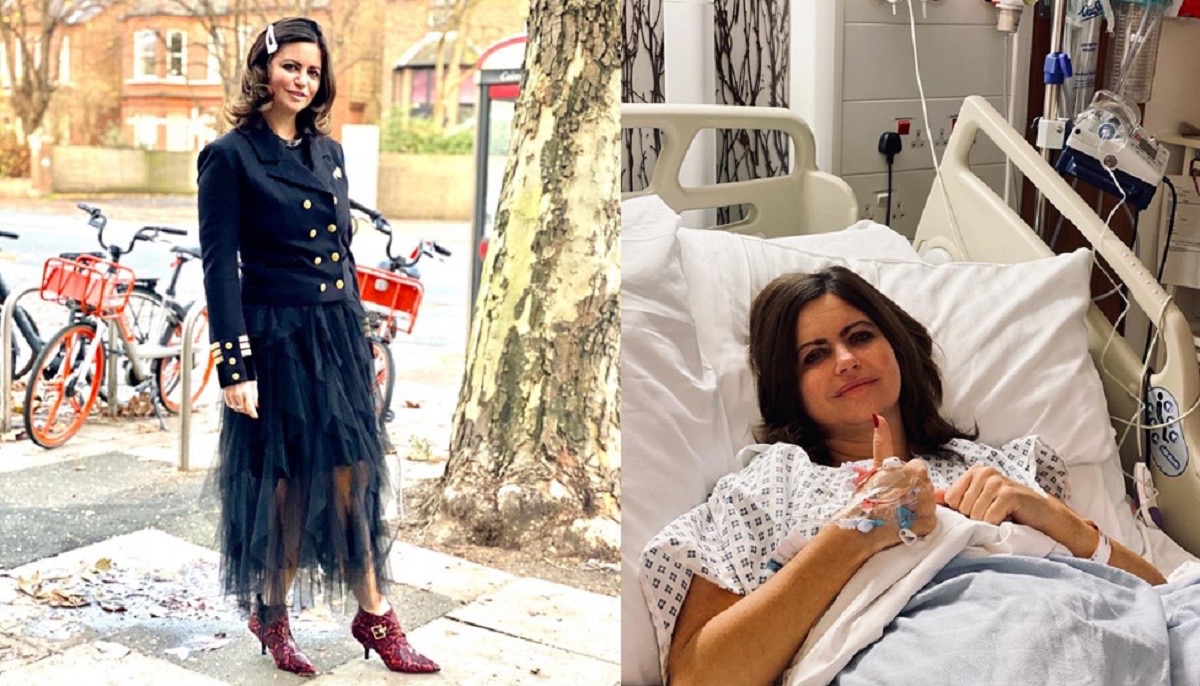 Deborah James who is a BBC presenter was told back in 2016 that she was diagnosed with stage 4 bowel cancer. On Instagram yesterday she told 90,000 followers that new scan shows ‘no evidence of cancer’

Deborah has revealed that her body is currently ‘free’ of the disease after being told it was incurable. The mother of two aged 38 put an emotional post of Instagram, that after ’10 operations, too many scans, a lot of chemo, some fancy drugs, a lot of tears’ she was ‘still standing’.

She presents the Radio 5 Live podcast ‘You, me and the Big C’ and recently returned from a holiday in Mauritius. Her most recent scans show ‘no evidence of cancer in her body’

Deborah goes by the name ‘bowel babe’ on Instagram. She posted a picture of herself on a beach on the Indian Ocean island, and wrote details regards to her journey with the disease, and described her recent news as ‘bonkers’ but vowing to be ‘realistic’, saying she would get back to treatment tomorrow.

She wrote: ‘Ok Cancer- you chose the wrong girl. 3 Years on, 10 operations, too many scans, a lot of chemo, some fancy drugs, lots of tears…I’m still standing- and you (according to my most recent scans!) are still sleeping.

‘In fact, we have cut you out, burnt you, zapped you, ablated you, used radiotherapy, used targeted therapy, used every tool in the book and right now in fact according to my team we are “rewriting the text book!” She added that the news of her type of stage four cancer, which she says has an 8 per cent five-year survival rate, had put her ‘in a place I never thought possible’.

Deborah has a really busy career and continues to live well by running often and enjoying holidays abroad. Since her diagnosis she has been completely honest sharing her journey, posting pictures during treatment and asking people not to ignore the unusual symptoms. Last summer she discussed the prospect of dying with her young daughter Eloise, during an interview for Fabulous magazine, she asked her daughter ‘Do you ever worry about me dying?’ with her daughter responding clearly ‘no’. Deborah says: ‘Do you just get used to your mum living with cancer?’ which her daughter responds ‘Yes … and you get to go to nice places’.

Before being diagnosed, Deborah was a former deputy head and was training to be a  headteacher, her symptoms were feeling lethargic and passing blood in her stools. Since then she has been campaigning for better bowel cancer awareness.