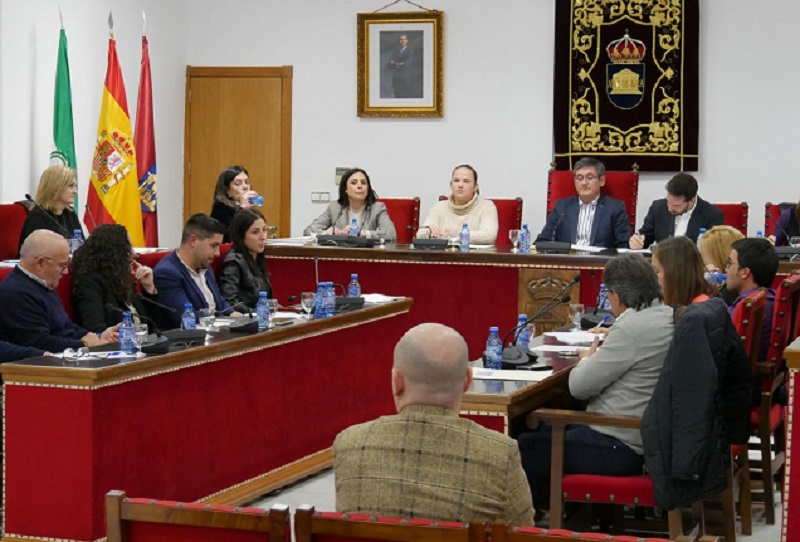 UNANIMOUS: All the political parties represented on the council backed the plan to gain a subsidy for asphalting rural tracks. CREDIT: Ayuntamiento de Adra

A PROPOSAL to apply for regional government assistance for Adra rural road upgrades got the backing of all the political parties represented on the local council at the last plenary meeting.
The administration will ask to participate in the Junta de Andalucia’s rural road improvement plan in order to gain a subsidy for works on a 900-metre stretch of the Camino del Marchalejo and 1,800 metres of the Camino de la Canaleja.
The local authority said the move reflected its commitment to “supporting farmers through the improvement of basic infrastructure for carrying out their work”, particularly given the importance of the agricultural sector for the local economy.
Specifically, the aim is to asphalt the two lanes, thereby helping to increase productivity and competitiveness, while at the same time benefitting local residents, the council commented.
A proposal put forward by the conservative Popular Party and the centrist Ciudadanos on cleaning up agriculture waste was also approved at the plenary session with the support of the far-right Vox, and the votes against of the centre-left PSOE and the leftist Plataforma.
The council governing team said as part of its aim to raise awareness about and increase the elimination of agricultural residues it has proposed an amendment to a motion presented by Plataforma. Among the agreements included with the amendment are one urging the national Agriculture Ministry to establish an integrated system for tracing agricultural residues and to develop a regulatory framework which demands that manufacturers encourage this management model based on the circular economy, and which the local authority maintains is better for the environment.
The Junta de Andalucia is also urged to continue with its campaign of cleaning out all residues from public water courses in Almeria province where it is needed. Also to intensify the campaign for monitoring and issuing penalties for uncontrolled agricultural waste dumping.
The council reported that the municipality’s Cajorros, La Vieja, Periano, Bolaños and La Jardinera water courses have been cleaned out in recent months and a number of farmers have been ordered to eliminate agricultural waste from their farms.
The local authority says it is “committed” to stepping up monitoring of the countryside for agricultural waste dumping through the Local Police force in collaboration with other security forces.