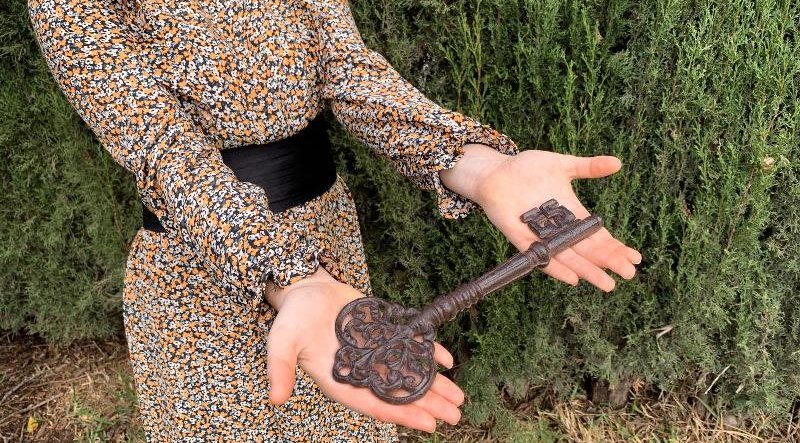 The key to the Secret Garden Credit: Salon Varietes

BACK in 1911, life for the young Mary Lennox is easy as she spends her days surrounded by servants in the far off Raj that was India.

However when she is orphaned, she is returned to England to live with her distant Uncle in Misselthwaite Manor in the Yorkshire Moors.

It’s no place for children as it is full of dark corners and strange noises in the night, so Mary is certain that there is more to the manor than meets the eye.

When her maid Martha offers her the hand of friendship, Mary won’t have it because mistresses can’t be friends with their servants… or can they?

Everything and everyone seems enveloped in a perpetual winter that is waiting to thaw so when she is allowed to go outside, she encounters the estate workers stumbles upon the wild animals that live outside who bring Mary’s attention to a forbidden abandoned walled garden where she feels a strange presence.

Her servant Martha unveils the story of her tormented Uncle Archibald the Lord of Misselthwaite, his deceased wife Lily and the Secret Garden.

The Secret Garden is a new play based on the book by Frances Hodgson Burnett and has been written and directed by Oliver Leiva who is known at the Salon Varietes Theatre in Fuengirola for also adapting and staging The Hobbit.

The Secret Garden brings the story to the stage and tells aspects of the story with the inclusion of puppetry animal characters, musical interludes, imaginative staging and a strong ensemble and cast who bring the iconic characters from Hodgson Burnett’s book to life in one of the greatest adventures in popular classic children’s literature.

The show runs from Wednesday February 12 until Sunday the 16th and there is an educational Matinee performance on Saturday February 15 at 3pm, where the audience will have the opportunity to take part in a question and answer session with the Director after the show.

This play is appropriate for a young audience and will be of special interest to students who are studying GCSE or A Level Drama and the English Language or Literature courses.

You can book your tickets for each evening performance which start at 7.30pm except Sunday (7pm) online at www.salonvarietestheatre.com or by calling the Box Office on 952 474 542.