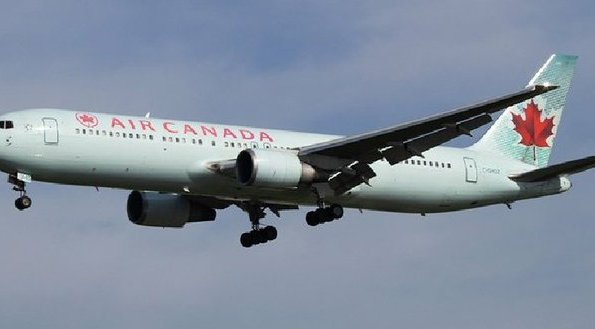 “It’s not a common procedure, but everything was under control” Francisco Cruz, spokesperson for SEPLA (Spanish Union of Airline Pilots)

The Air Canada Boeing 767 that took off from Barajas at 14:30 yesterday Monday notified the control tower of a technical problem that prevented it from continuing the flight to Toronto.

As Euro Weekly News understands, the “technical problem” involved a lost wheel. Enaire’s director of operations, Xabier Benavent, sent out a reassuring message that as the pilot had not requested to land immediately, it meant that the failure was not very serious. “If it was very serious, it would have landed, even overweight,” Xabier explained.

However, as Martín Chico, Sepla’s technical director, pointed out, that until the plane landed it would be impossible to assess the seriousness of the fault and that the landing would be a “delicate emergency landing” regardless of the fault and would “involve a complicated technique.”

The pilot circled around Madrid for almost five hours, the time needed to consume some of the fuel and eject another part until it reached the proper weight for a safe landing. The reason why a fuel-filled plane can’t, or shouldn’t land is because, as explained by Xabier, that every plane has a weight limit and if it’s exceeded, there is the risk of the landing gear breaking or going off the runway.

Enaire, the public entity that manages air navigation in Spain, assured that this type of failure is “not exceptional”. The scenario for the Air Canada Boeing 767 was only more complicated, as, being prepared for a long-haul flight, there was loads more fuel than needed to be disposed of.

According to the protocol of action, it is the pilot who makes contact with the control tower and who takes all the decisions: whether to land immediately or to wait. At Enaire they make sure that the task is as smooth as possible by clearing the runway and have firemen at the ready, prepared to act if necessary. As confirmed by Enaire “The airport is always prepared for the worst case scenario.”

Francisco Cruz, head of the SEPLA technical department, explained in La Brújula de Madrid that though the incident was “unusual” the actual level of “danger” was very low as the emergency procedure is always tested in the simulator and that “pilots, controllers and firemen know the protocols”

EFE Noticias tweeted a photo of the emergency team ready and waiting:

“Ambulances and Fire Brigade vehicles in Barajas airport facilities waiting for the emergency landing of an Air Canada plane that is flying over Madrid after detecting technical problems and is trying to return to Barajas.”