Teen killer carried out street mugging on woman, 80, days before beating Edinburgh pensioner to death in his home 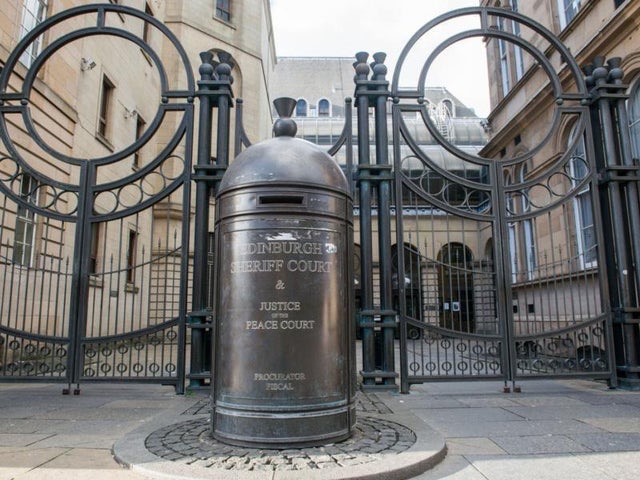 Aron McMillan, 17, was found guilty of murdering 67-year-old Alasdair Forsyth following a trial at the High Court in Edinburgh.

The teenager, along with his brother Keirin McMillan, 20, and a 16-year-old boy, attacked their victim with a screwdriver, a hammer and a wrench during a robbery bid at the man’s home in Edinburgh last year.

Aron McMillan was jailed for a minimum of 17 years and three months for his part in the horror attack that left Mr Forsyth with more than 80 injuries.

Keirin McMillan was sentenced to serve at least 18 years and the 16-year-old was jailed for at least 17 years.

And teenage thug Aron McMillan appeared back in the dock at Edinburgh Sheriff Court on Monday where he pleaded guilty to robbing a pensioner of her handbag last January.

McMillan carried out the attack on 80-year-old Christina Innes just days before he was part of the gang who murdered Mr Forsyth last February.

Sheriff Donald Corke was told the teenager, and others unknown, assaulted the OAP by struggling within her and seizing her handbag and robbing her of it at Newtoft Street in Edinburgh on January 8 last year.

Two co-accused, who both cannot be identified due to being under 18, had their not guilty pleas accepted and they walked free from the dock.

McMillan, from the Burdiehouse area of the Capital, was sentenced to a 12-month prison sentence by Sheriff Corke which will run concurrently to his current lengthy sentence.

Just days after carrying out the mugging McMillan, his brother Keirin and a 16-year-old boy turned up at Mr Forsyth’s home in a bid to rob the property.

During the botched robbery the three brutes attacked and murdered the OAP on February 21 last year leaving him with 80 horrific injuries including extensive rib fractures.

The three were found guilty of murder by a jury last November and were jailed by Judge Lord Uist in January this year.

The court was told neighbours of Mr Forsyth heard the attack on him at his Prestonfield flat and called the police who apprehended the three as they attempted to flee the scene.

Following the sentencing, Det Insp Bob Campbell of Police Scotland said: “This attack on Alasdair was an unprovoked and cowardly act and the three individuals responsible have rightly been brought to justice.

“Knowing these teenagers will now spend a substantial period of time in prison is a welcome thought to the local community.”