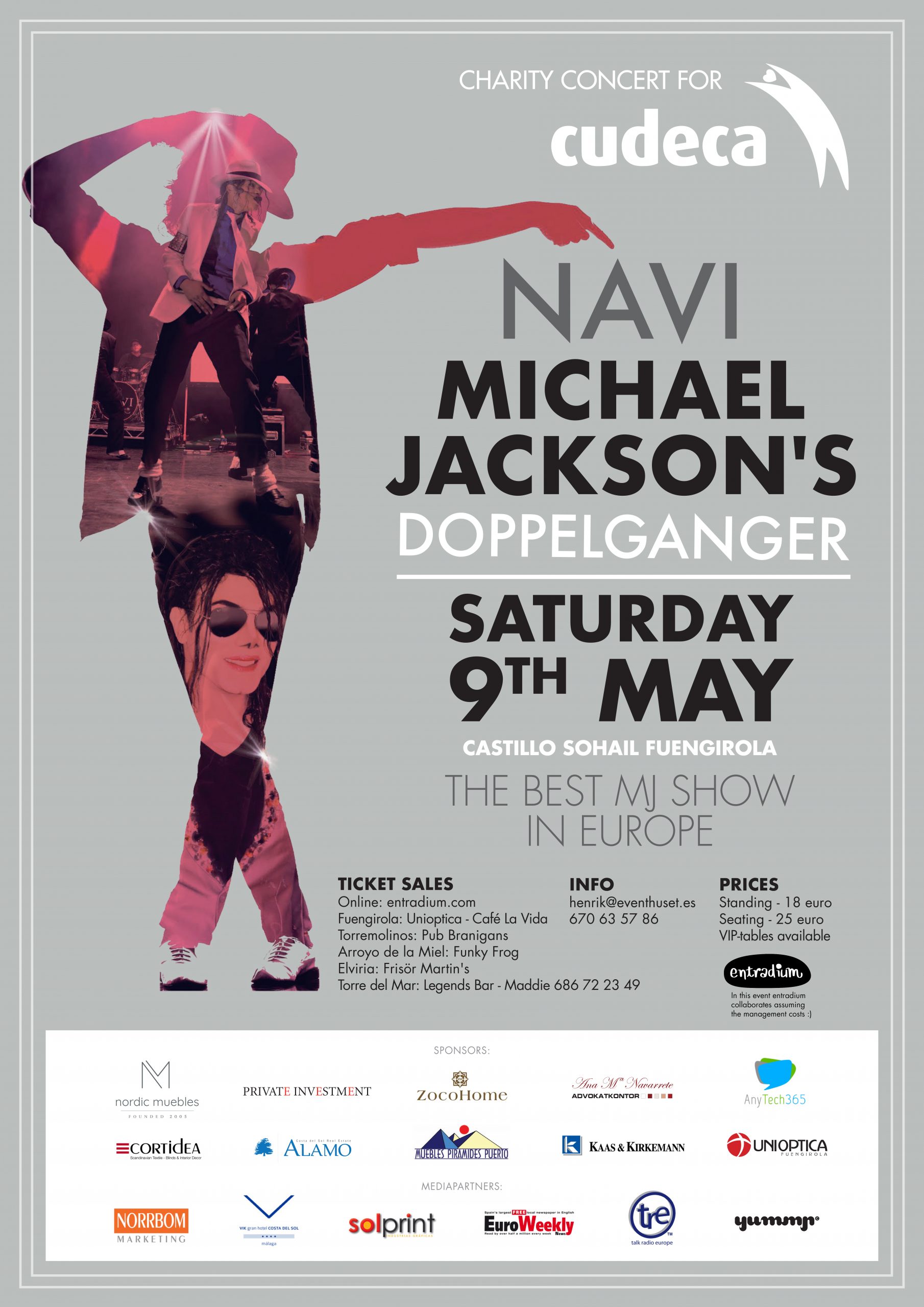 A TRIBUTE concert to Michael Jackson performed by the official doppleganger of the King of Pop in Europe, Navi will take place at Sohail Castle in Fuengirola on May 9, at 9 p.m. to help the Cudeca Hospice continue caring at the end of life.

This is the third charity concert organised by Eventhuset, Henrik Andersen to help Cudeca and they expect to beat the total amount raised in their last edition.

From 1992 to 2009 Michael Jackson had a double to replace him in specific events such as hotel arrivals, press conferences, concert presentations, etc. Over the years the relationship between Michael Jackson and his double became more intimate, so much that his unknown double was going to play the role of an increasingly weak Michael Jackson in part of his show “This Is It” which, due to the death of the artist, was never performed.

Navi is the only authorised official double of the King of Pop having worked with the mythical artist himself. Since Michael Jackson’s death, he has performed before millions of viewers around the world. His concerts contain a whole show of light, sound, dance and song and some of the clothes Navi wears at his shows are Michael Jackson’s own.

His performance at the Sohail Castle in Fuengirola will be his first performance in Andalucia and he will be accompanied by three musicians, two dancers and technicians.

Tickets are available at several physical points of sale and at the online platform www.entradium.es. Standing tickets are priced at €18 and seating tickets are €25. VIP locations are also available.