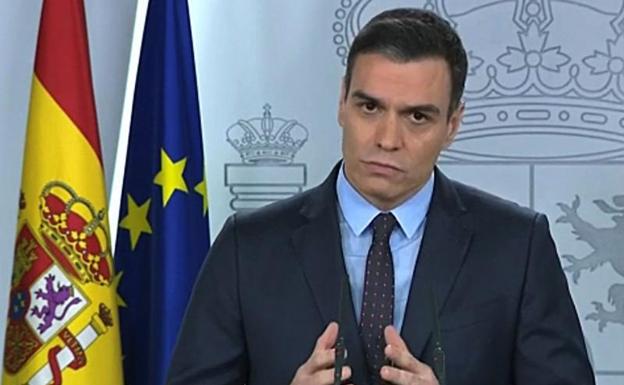 The Spanish PM has ruled out any movement between provinces and islands until the country is under the "new normal conditions".

IN today’s press conference, Spanish Prime Minister Pedro Sánchez said he expects the country to be under ‘new normal conditions’ by end of June, and ruled out all movement between provinces or islands until then. Sánchez also explained the new de-escalation phased plan (0-3) that will be used to lift lockdown restrictions, as reported.
Sánchez said he wants to avoid fixed dates, as in the case of the rest of Europe, to avoid back tracking in case of a new Covid-19 wave. That said, he hoped that the “new normal” can be achieved by the end of June. “If the pandemic is under control in all territories, then by the end of June, as a country, we will be in the ‘new normal’,” he stated. However, until then, he ruled out all movement between provinces or islands. On Monday May 4, all of Spain’s territories will enter phase 0 – preparation stage, which is basically the phase which we are in now. This phase involves the reopening of businesses that can provide delivery or collection service. For example, restaurants that can offer food to take away.
“On May 11, all of the provinces that meet the new measures will enter Phase 1, which the Health Ministry will evaluate every two weeks,” stated Sanchez. Given the low number of infections in the islands such as Balearics and Canary Islands, as well as Formentera, Gomera, El Hierro and Graciosa – they are likely to become the first areas to enter Phase 1 on May 11.
Phase 1 will allow the partial reopening of small businesses under strict safety measures, apart from those in large shopping centres, where overcrowding is likely. There will also be a separate timetable for the over-65’s to shop in retail establishments. He also highly recommended the use of masks on public transport. Phase 1 also includes the opening of hotels and tourist apartments, apart from common areas. Churches/temples/religious meetings are also allowed in this phase, however, only up to 30 per cent of their building/room capacity.
Sánchez stressed that the government is not working to specific calendar dates, and advancing to the next phase will instead depend on the recovery of pandemic in each province, which is likely to vary. The measures will depend on the province’s health system capacity, the Covid-19 data for each area, workplace protection measures in business and on public transport, as well as socioeconomic/mobility data. These markers, he said “would be made public for transparency,” reassured Sánchez. “If the Ministry of Health feels that provinces have met all the required measures to go on to the next stage, they can go to phase 2.”
Phase 2 will allow the hospitality sector to open their dining areas. Schools would also be allowed to reopen so parents can go to work, and allow older students to complete university applications or exams. Cultural events of fewer than 50 people held in indoor spaces will also be allowed, as will open-air events of up to 400 people, so long as there are seats provided. Cinemas and theatres can also reopen, up to a third of full capacity.
Phase 3 is the advanced phase, which allows more freedoms with some limitations for health and safety. Each phase will last at least two weeks, according to the Prime Minister. “In the best-case scenario, the process will last eight weeks in all of Spain,” Sánchez stated. “By the end of June, as a country we will be in the ‘new normal’ if the evolution of the epidemic is under control in all territories.”
The de-escalation would be, “gradual, asymmetrical and coordinated, but there will be no travel allowed between provinces or islands until normality returns,” he reiterated. “The virus has not gone anywhere and it is still lurking around,” stressed Sánchez. “Through our behaviour we can protect our lives and help to rebuild our country. The Plan for the Transition Towards a New Normality approved by the Cabinet today is to reactivate Spain while protecting the health and lives of all our citizens.” Finally, Sánchez committed to paying a proper a tribute to the victims of the coronavirus once the pandemic is over. The country’s Covid-19 fatality rate currently stands at 23,822.