Over 179,000 Self-Employed Workers across Spain give their Support to Form a New Political Party 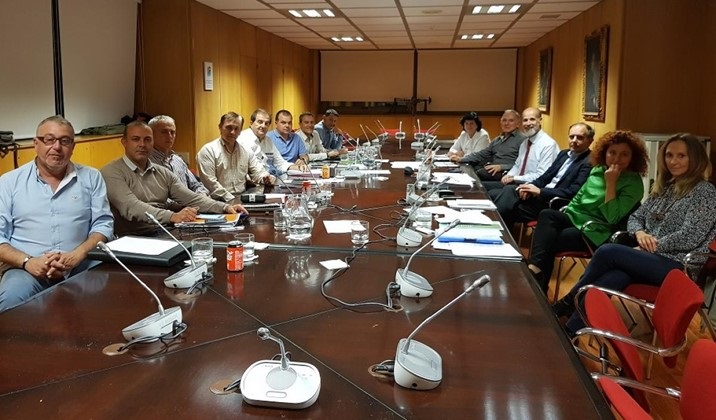 More than 179,000 self-employed workers have joined together through Facebook to support a new political party.

Here are the objectives of the new party.

This unites the popular growth of more than 179,000 self-employed workers who, through the Facebook group Somos Autónomos (Political Initiative), created just a month ago, support the constitution of a new political party to represent them. This movement has already applied for registration with the Ministry of the Interior under the name AUTONOMOS, PYMES Y ENPRENDEDORES and with the initials APE.

The Covid-19 crisis has once again exposed the lack of protection and support to which self-employed workers have historically been subjected. The confinement has caused social networks to be flooded with complaints and claims by the self-employed that they have once again been largely forgotten, even in this unprecedented and exceptional situation.

Faced with this adverse and recurring scenario, a group of self-employed leaders led by Moisés Romero Cereño have organised to adopt a political structure with the firm objective of raising its voice on social networks, in the media and reaching the Congress in representation and defence of the collective. The Facebook group Somos Autónomos (Iniciativa Política), was created just a month ago and has already more than 179,000 self-employed workers as members.

Behind this powerful initiative is a large team of professionals who not only energise the Facebook group, but have already demonstrated their intentions by submitting the act of constitution of the AUTONOMOUS, SME AND ENTREPRENEURS political party (acronym APE) to the Ministry of the Interior and requesting its inscription in the Register of Political Parties.

Four pillars with a democratic structure profile, AUTÓNOMOS represents a great novelty in the national political scene. Four essential pillars stand out among its values:

The promotion of an entrepreneurial culture and the enhancement of private initiative as an engine of economic and social development. Support for entrepreneurship as a generator of innovation, employment and wealth. The elimination of bureaucratic and fiscal obstacles for the self-employed and SMEs so that they develop their potential as a fundamental agent in the country’s economic fabric. and democratic efficiency in the management of public resources with strictly professional criteria, far from ideological influences.

Preaching with the motto ‘We are not Politicians; We are Autónomos!,’ Business concepts are being implemented to this initiative, following the Lean Startup methodology. In addition, the management of the party will be based on the professionalism of self-employed workers.

In the words of Moisés Romero Cereño, “personal sacrifice, customer satisfaction, job creation, personal and professional development, social progress … are values that represent the Autonomous and are those that should also prevail in the management of public administrations and institutions.” Following this line, the leader of the initiative adds that “AUTÓNOMOS will not only be a party for the more than three million freelancers in Spain, but for the whole of society.”

White, is everyone’s colour according to Romero, “the corporate colour of AUTÓNOMOS is white, which represents the scope of vision, transparency, cleanliness and the union of the entire spectrum of colours! AUTÓNOMOS will position itself as a transversal party that supports private initiative and the efficient management of the public sector, without left or right and distancing itself from particular ideologies. The fundamental thing is tolerance and all pulling together to create a more prosperous future.”

In addition to representing the collective within political bodies, AUTÓNOMOS intends to consolidate itself as the catalyst and loudspeaker of the claims of millions of workers who historically have been facing the helplessness and lack of protection of the system. “In fact, the AUTÓNOMOS logo is the OK symbol, illustrating trust and that we currently use to claim the ‘0’: in current circumstances, the self-employed should be exempt from paying taxes and fees. We also request more and better measures to overcome the unprecedented deep economic crisis in which we are already immersed,” says Moisés Romero Cereño.